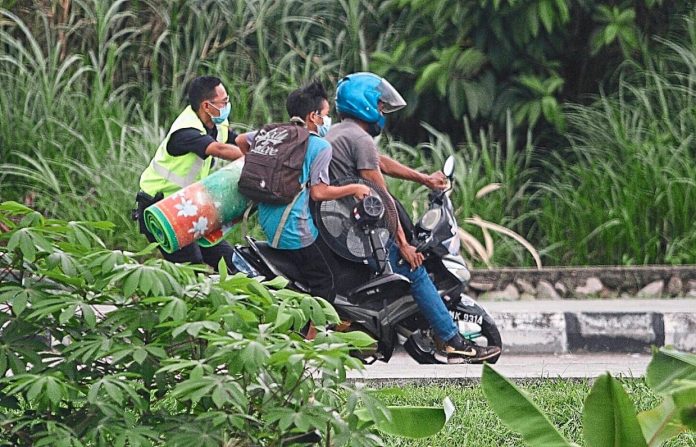 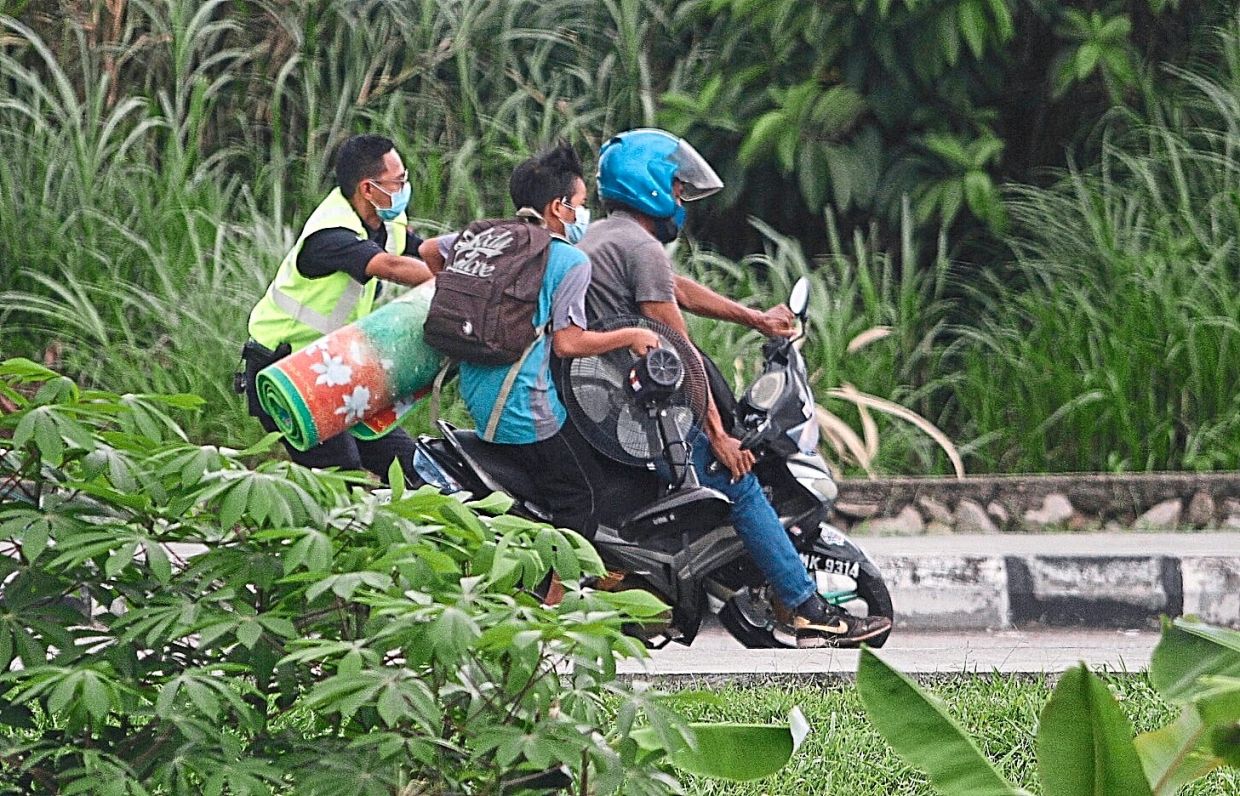 BUKIT MERTAJAM: There was a scramble by some residents and workers to leave Taman Nagasari, which is under the enhanced movement control order (MCO) from today until July 17.

Police officers manning roadblocks had their hands full preventing them from leaving the area before the cordon and barbed wire were set up.

Residents attempted to sneak away via back lanes while factories reportedly tried to use buses to transport workers out at night.

A man and his son on a motorcycle carrying bags, a mat and a table fan were caught along a small road in Taman Nagasari.

After giving them a stern warning, police ordered the pair to go home.

The enhanced MCO is being enforced in Taman Nagasari after health officials detected 111 cases on Friday alone.

Hours after the order was announced, locals claimed that they saw buses arriving on Friday night to ferry out many foreign workers living there.

A food trader, who declined to be named, said four large buses arrived and took the workers away at about 9pm.

“My stall was open and I saw the buses stop near the playground. The foreign workers who boarded the buses were all carrying large bags,” said the trader.

A Village Community Management Council member rushed to the scene after being alerted.

“When I arrived, local residents told me the buses had already departed,” he said.

Seberang Prai City Council mayor Datuk Rozali Mohamud said in a statement that it was irresponsible of residents to leave the area.

“We have issued stern warnings to residents and employers who neglect public safety and violate the law.

“We have a complete record of house owners and we will track them down in joint operations with other enforcement agencies.

The homes in Taman Nagasari are mostly turned into dormitories for thousands of factory foreign workers.

Central Seberang Prai OCPD Asst Comm Shafee Samad said police were on alert for those attempting to leave and would not hesitate to arrest those with pink wristbands who were breaching quarantine.

“We monitored the area for two days before the enhanced MCO was announced.

“If people with pink wristbands are found moving about, we will arrest them,” he added.