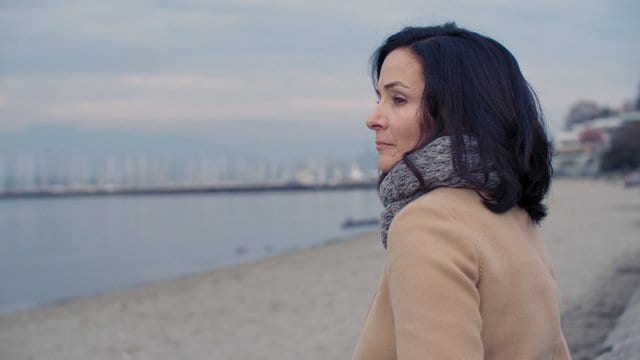 NXIVM was the ideal tabloid story. A multi-level marketing company whose rhetoric of self-improvement and building a better world concealed a secret sex cult, the organization boasted a startling number of high-profile members: TV actors, acclaimed filmmakers, heiresses. At its center was Keith Raniere, an enigmatic guru known to his followers as “Vanguard,” who was convicted in 2019 of multiple felonies—sex trafficking, racketeering, possession of child pornography and forced labor conspiracy among them. Nearly two years earlier, the full extent of NXIVM’s abuses had come to light in a jaw-dropping New York Times report built around a nightmarish account of an initiation in which members of the alleged sex cult were held down and branded with a cauterizing device. The brand contained the initials of Raniere and his accomplice, Smallville star Allison Mack.

Along with concern for the victims, respect for the survivors who went on the record, and rage over the sexual exploitation of women that had already stoked a then-nascent Me Too movement, the exposé generated plenty of schadenfreude. How could so many smart, beautiful, successful young women subject themselves to such transparently abusive behavior? Didn’t joining a cult mean that something was, on a fundamental level, wrong with you? And wasn’t this, when you really thought about it, precisely the kind of catastrophe you open yourself up to when you’re selfish enough to pursue self-actualization at all costs? The Vow—a humane and engrossing, if occasionally frustrating, HBO docuseries from filmmakers Jehane Noujaim and Karim Amer (The Great Hack, The Square) that debuts on Aug. 23—goes beyond the sensational headlines and the snap judgments to reveal how NXIVM came to wield such monstrous power over its most loyal adherents. 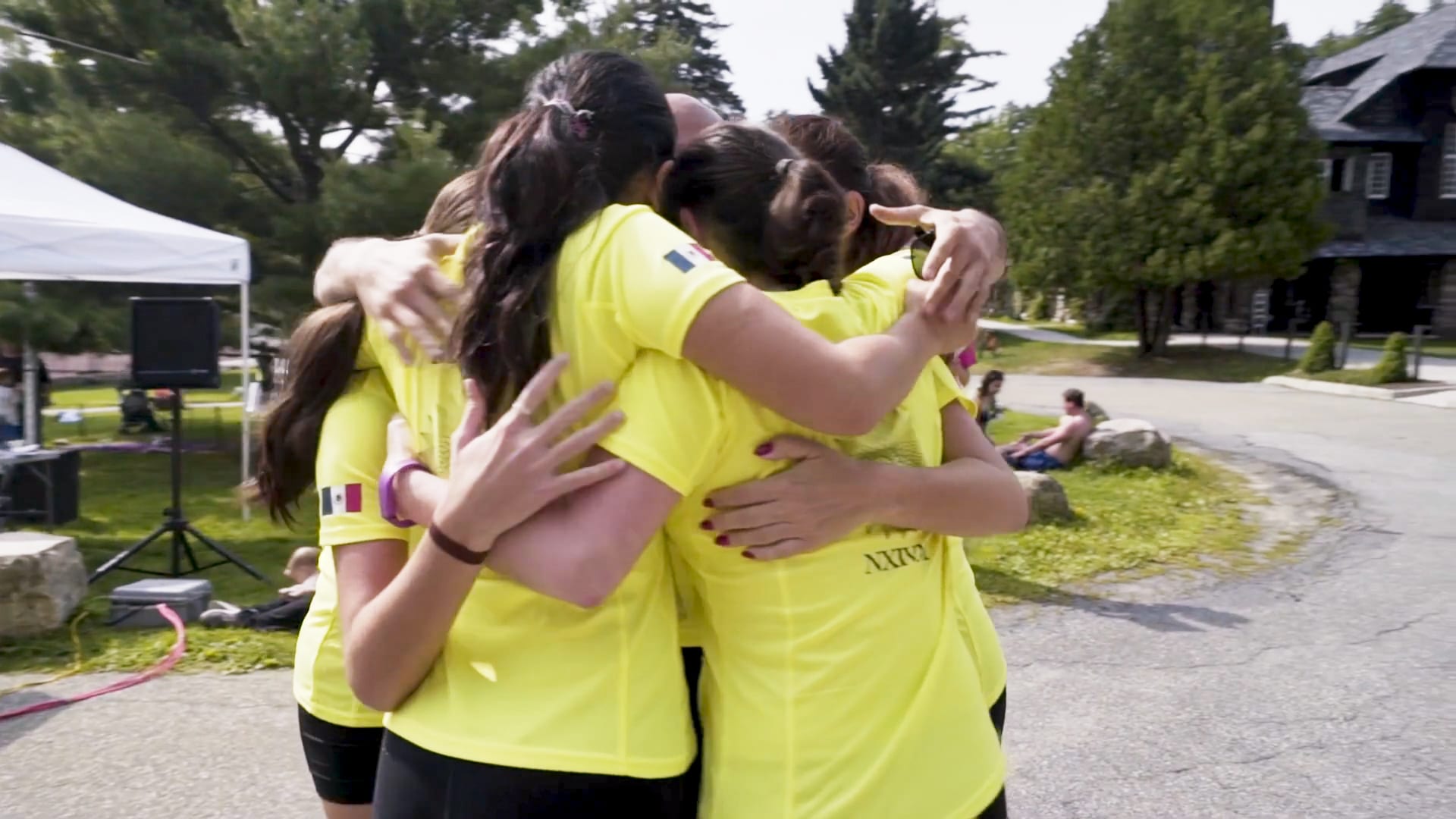 Participants in a NXIVM program

NXIVM was, seemingly by design, a complex organization—one whose story must have been difficult to tell. It dates back to the late 1990s and involves small groups nested within larger divisions, each with its own hierarchy. It encompasses several cohorts of Raniere deputies and mingles a pyramidal business model with philosophical and psychological teachings, as well as the interpersonal bonds of sex, love and friendship. Noujaim and Amer make the vast narrative manageable by focusing on two protagonists who ascended to the top of the organization before uncovering its darkest secrets. Mark Vicente (who helped make the buzzy 2004 documentary What the Bleep Do We Know?, a mostly credulous dive into the controversial realm of quantum mysticism) was drawn into the world of NXIVM in the mid-’00s via Executive Success Programs, its signature leadership seminars. Enchanted by its methods, he grew close to Raniere and was eventually appointed to the company’s executive board. It was Vicente who recommended ESP to the series’ other main character, Canadian actor Sarah Edmondson, whose harrowing revelations about life in the so-called sex cult known alternately as DOS or The Vow anchored the Times report.

Instead of diving straight into the tawdriest allegations, the directors concentrate in the first two episodes (out of nine total) on Vicente and Edmondson’s happier years with NXIVM. This allows The Vow to reproduce the wonder they felt upon encountering Raniere’s teachings, which seemingly owe much to Stoic philosophy and to Freud’s belief that repression drives neuroses. ESP participants learned to lean into deep-seated fear, anxiety and discomfort, in order to overcome the so-called “limiting beliefs” that kept them from seizing control of their lives. One representative Keith-ism holds that “comfort is like an addiction.” It is imperative that viewers understand this before we can begin to imagine why otherwise intelligent women would offer up humiliating “collateral” in exchange for the privilege of serving as “slaves” to female “masters,” who controlled everything from the slaves’ bedtimes to their daily caloric intake, in a hierarchy that led all the way up to Raniere. If you believe that suffering is the key to strength, then sadomasochism can easily be sold back to you as a tool for empowerment. 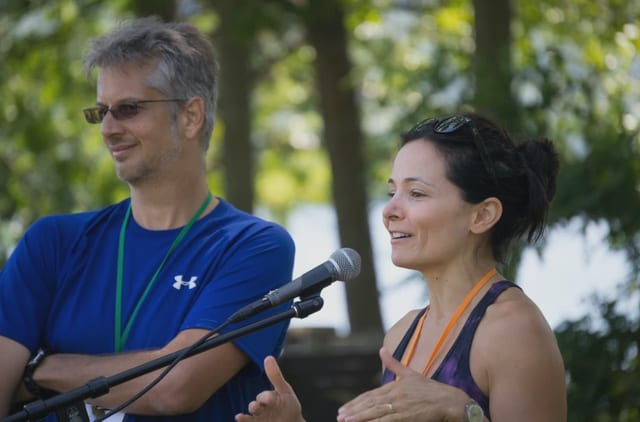 While they touch on other aspects of NXIVM—from a quirky group social life that revolved around Raniere’s beloved recreational volleyball games near its headquarters in New York’s Capital District and an annual summer-camp retreat called V-Week to accusations that the company was a pyramid scheme—the filmmakers spend the most time dissecting the collective psyche of a cult that claimed, paradoxically, to foster individualism and logical thought. In doing so, they craft a gripping, real-life psychological thriller that restores the dignity of Edmondson and the many other women who fell prey to DOS. As Barry Meier, who wrote the Times exposé, explains to Noujaim and Amer, this isn’t a story about people who are egregiously flawed or desperate or lonely or gullible. It’s about “how extraordinarily vulnerable we [all] are, as people.”

The directors underscore this point with secondary characters who come across as especially sharp: Vicente’s and Edmondson’s spouses, a former romantic partner of Raniere’s who helped him build ESP and even Catherine Oxenberg, the Dynasty actor, who introduced her daughter India Oxenberg to NXIVM before learning the truth and trying to rescue the young woman from DOS. An impressive archive of audio and video, which captures private conversations among Raniere and his flock along with seminars and casual hangouts, supplements footage the filmmakers began shooting in 2017, when they joined their subjects. Perhaps in part because Noujaim is also an alum of ESP seminars, empathy and respect suffuse each portrait.

What’s missing from this insider account (or, at least, the six episodes provided for review) is any broader perspective on NXIVM. The group’s demographics are fascinating—not just in terms of gender, but also in its appeal to upper-middle-class professionals and wealthy elites, the overwhelming whiteness of its membership as evident in archival footage and its apparently liberal politics. (One participant recalls hearing DOS framed, ridiculously, as a feminist response to the misogyny of the 2016 Presidential election.) When several interviewees remark that the support, camaraderie and commitment to living a good life that they found in their fellow travelers was like nothing they’d experienced before, it raises the question of whether Raniere was able to get away with his crimes for so long because the community he created was filling some sort of void at the center of contemporary existence. Interviewing a few outside experts in fields related to these topics might have helped to extract more universal resonance from this extremely specific saga. But even without that insight, The Vow does a service to its subjects by humanizing their plight—and to its audience by helping us understand.