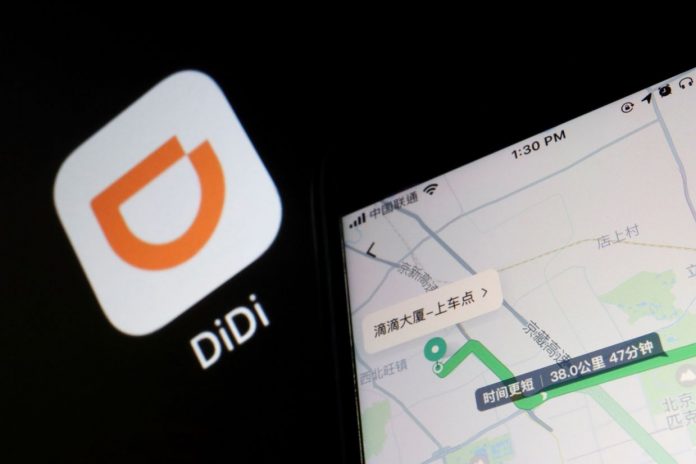 For 36-year-old driver Ping, who depends on Didi Chuxing’s app to find clients, the ride-hailing giant is a company too big to fail.

“There are more than 20,000 Didi drivers in Beijing alone. If it collapses, traffic will come to a standstill. Anyway, who doesn’t use the app these days?” said Ping, who only gave his surname and said he became a Didi driver in the Chinese capital city a month ago after a business failure in Zhangjiakou, a town in northern Hebei province.

China’s cyberspace administration on Sunday removed Didi’s app from the country’s app stores until further notice subject to correction and review, two days after the authority launched a cybersecurity review into Didi hot on the heels of its mega initial public offering in New York. The app remains functional for existing users although it stopped taking new customers as of July 3.

The news has come as something of a shock to the ride-hailing giant’s users. Ping said Didi is indispensable for city commuters and “almost everyone in big cities uses it”.

The Cyberspace Administration of China said the company has violated the country’s laws and regulations through the improper collection and usage of user information. Analysts say the cybersecurity review will likely set a precedent for how the government will handle national security issues related to data, and could lay the groundwork for future investigations of other tech companies.

Charles Zhang, a Beijing resident who uses Didi at least five times a month, said he is not worried about personal data security. “There is no information security for people nowadays anyway. Our faces get scanned for facial recognition everywhere, and we are raided by junk calls everyday,” Zhang said.

Didi, which was created in 2012, has built up a quasi monopoly in China’s ride-hailing industry, with a 90% market share, leaving another 210 ventures in a fierce competition for the remaining 10%.

The company, founded by Will Wei Cheng and Jean Qing Liu, daughter of Lenovo Group founder Liu Chuanzhi, has built up its position via a decade of “money burning” and aggressive acquisitions, thanks to support from investors like Softbank Corp, one-time rival Uber and Internet giant Tencent Holdings.

Recheal Jin, a 29-year-old Beijing resident, uses the app at least twice a week and appreciates its generous subsidies. “I am sticking to the app because I am already used to it,” said Jin. “Didi gave out a lot of coupons when they first entered the market, so I got this feeling of inertia from using it,” she added, referring to a price war Didi engaged in with other competitors.

Didi is a household name in China and its removal from app stories was a trending topic on Weibo, China’s answer to Twitter, over the weekend, attracting more than 1.4 billion reads and about 150,000 comments on the social platform.

After Jin saw the news on Weibo, she has been checking for alternative ride-hailing options.

“I haven’t seen many options so far, but I’m not too worried,” she said. “When the drivers feel the wind and switch to other platforms, so will I. I will quit Didi without hesitation.”

It turned a profit in the first quarter though, earning 196mil yuan (RM125.97mil) as life gradually returned to normal in mainland China, the first major economy to emerge from the coronavirus lockdown.

Users seem more concerned with cheap fares though. “I hope other platforms can quickly catch up with Didi and also give out coupons.

Everything You Need to Know About Landing Page Design

2022 Hyundai Creta facelift teased in sketches forward of first debut and begin of...