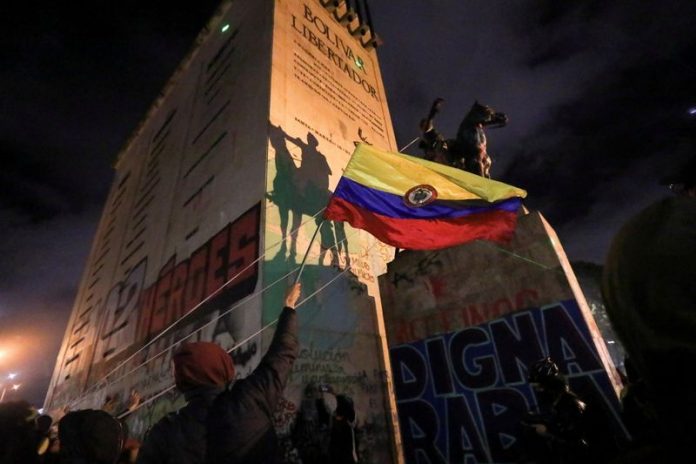 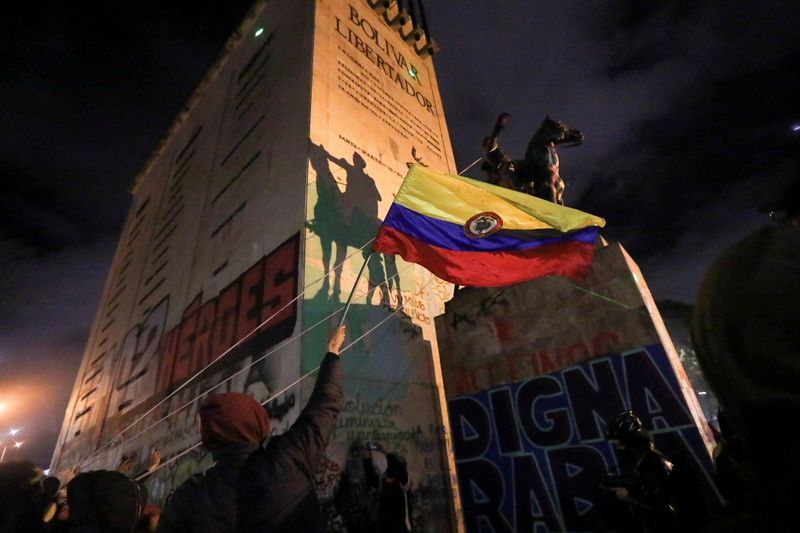 BOGOTA (Reuters) – Representatives from the Inter-American Commission on Human Rights (CIDH) met with Colombian officials on Monday ahead of a three-day visit to gather information about possible rights abuses during nearly six weeks of anti-government protests.

Dozens of deaths and injuries were connected to the demonstrations, many blamed on security forces. The death toll of 21 confirmed by the government does not match those of protest groups and rights organizations, which said dozens more were killed.

The CIDH, an autonomous arm of the Organization of American States, met with vice-president and foreign minister Marta Lucia Ramirez, the human rights ombudsmen, the attorney general and the procurator.

The meeting with Ramirez also included Emilio Archila, the top official charged with implementing a 2016 peace deal, who is leading government negotiators at suspended talks with protest leaders.

“We had a long and productive meeting, with lots of information, many questions by the commission,” CIDH president Antonia Urrejola said in remarks with ombudsman Carlos Camargo.

“National human rights institutions like the ombudsman’s office are always allies to the commission in their monitoring work and that’s why this meeting was so important,” Urrejola said.

Camargo said his office had shared information on the human rights situation during protests.

The CIDH will also meet with protest leaders, lawmakers, high court judges and collect testimonies from victims of protest violence and their families.

President Ivan Duque has said his government will ask congress to approve more training for and increased oversight of police, while an umbrella national strike committee suspended negotiations because the government has not signed a pre-agreement reached late last month.

Government negotiators said on Sunday the pre-agreement was a draft and the committee unilaterally ended talks, which covered everything from healthcare to a basic income.

The government has repeatedly called for the strike committee to condemn road blockades, which have caused shortages and stymied exports.

Protests and roadblocks have cost the economy close to $3 billion, the finance ministry estimates, with barricades halting shipments of oil, coal and coffee and increasing food prices.

Victory for Hungary's Orban means a headache for the EU