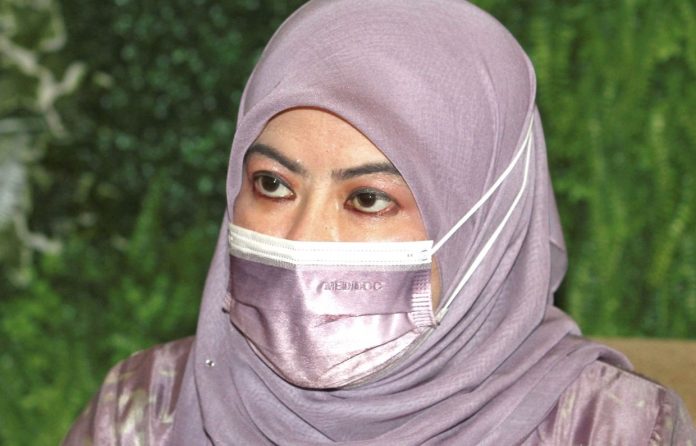 PETALING JAYA: A thorough investigation is needed into an incident where two couples took the wrong babies home from a private hospital in Shah Alam, says Datuk Seri Rina Harun.

The Women, Family and Community Development Minister said although cases where babies are accidentally switched were rare, they were very serious incidents as they had far-reaching impact.

“I hope this matter will be thoroughly investigated because we don’t want a repeat.

“We will be providing counselling and other support to the mothers affected,” she told reporters on Monday (June 14) after visiting the first drive-through vaccination centre for persons with disabilities near here.

On Sunday (June 13), police confirmed receiving a report on the baby swap incident involving two couples at a private hospital in Shah Alam on Saturday (June 12).

Reports were lodged by the two fathers, one of whom is the husband of online entrepreneur Siti Suriani Wahiddin, who appeared in a Facebook Live session on Saturday night (June 12).

Siti Suriani and her husband only realised they had taken the wrong baby home after seeing that his name tag displayed a different mother’s name and time of birth which was 3.02pm on June 10.

Siti Suriani, an entrepreneur, had given birth to a baby boy at 2.36am on June 11.

After realising the mistake, the couples contacted the hospital and managed to get their babies back.

Rina said whatever the reason for the mistake, it was unacceptable as it had caused great emotional distress to both mothers.

“Luckily in this case, one of the fathers noticed the mistake when he went to remove the name tag from his baby after taking the child home from the hospital.

“If it was never discovered, the mistake would cause a string of problems in the future,” she said.