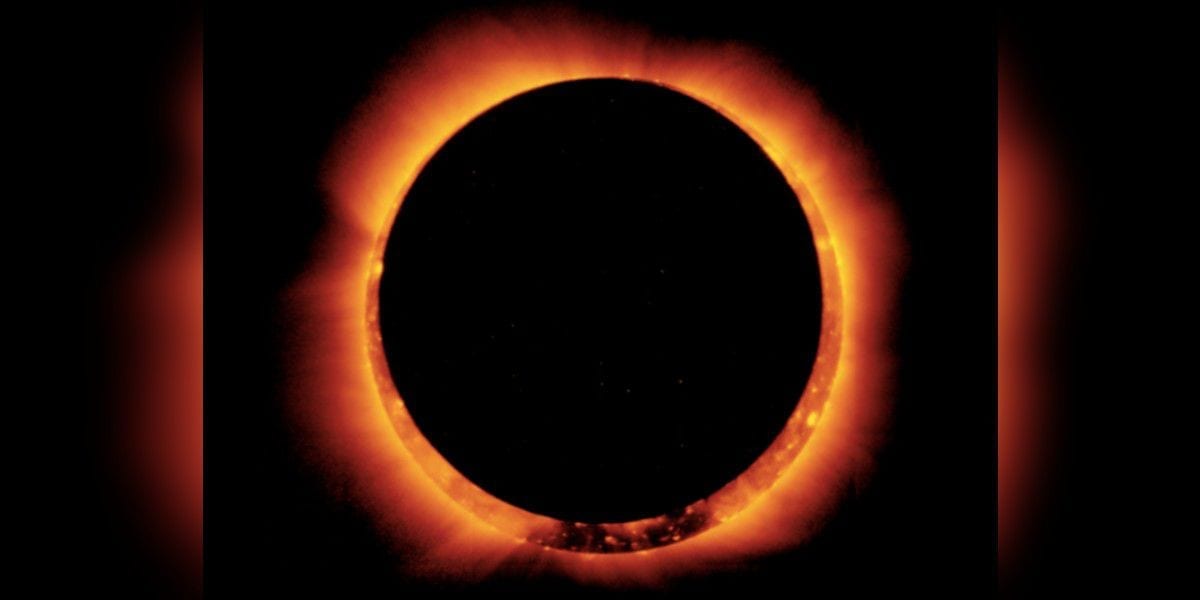 A “ring of fire” Solar Eclipse will briefly appear in parts of Africa and Asia today (21st June 2020) and if you aren’t out there in person, you can take in the spectacular show online.

Sunday’s solar eclipse is known as an annular eclipse, in which the moon does not completely cover the sun as it passes between the star and Earth as seen from our planet. Instead, a ring of sunlight will still shine around the outer edge, hence its nickname: a “ring of fire” eclipse. The time of maximum eclipse, when that “ring of fire” event happens, will be at 2.50pm. (GMT+8) Sunday, June 21st, when the moon crosses into the center of the sphere of the sun, from Earth’s perspective. The eclipse starts at 2.50pm (GMT+8), June 21st and ends at 4.54pm (GMT+8), according to timeanddate.com. While max view will be on 3.57pm (GMT+8)

Related: Solar eclipse guide 2020: When, where & how to see them

The eclipse will happen just a couple of hours after the moon enters the “new moon” phase. Because the moon will be near its apogee or farthest part from Earth, the size of the moon’s disk will not be quite enough to cover the sun. The small ring of sunlight still visible will make this an “annular” eclipse (from the Latin annulus, meaning ring-shaped.)

“Telescope facilities at the National Planetarium will not be open for the public due to the Covid-19 pandemic and in line with the Recovery Movement Control Order (RMCO).

“Malaysians are advised to watch the partial solar eclipse phenomenon live stream via Facebook and YouTube National Planetarium. It is more secure to watch the phenomenon virtually compared to looking directly at the sun without proper equipment,” said the statement.

It also said those interested in observing the phenomenon from their respective locations were advised to always use solar filters and were forbidden to look straight at the sun, which could cause eye damage and blindness.