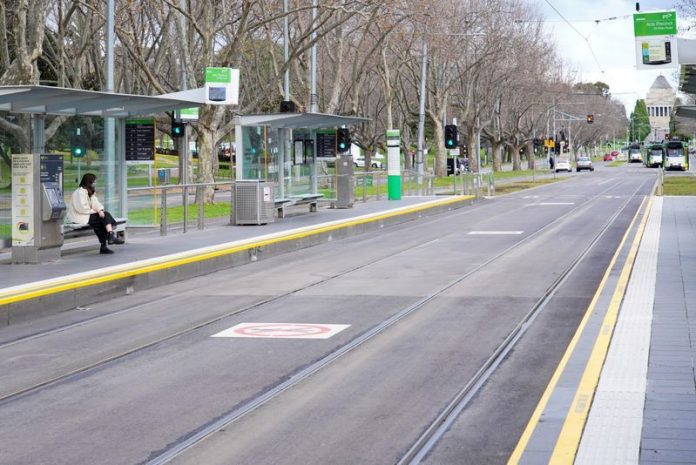 SYDNEY (Reuters) – The Australian state of Victoria reported a jump in daily COVID-19 cases on Saturday, raising fears it may extend a short lockdown that was scheduled to end on Tuesday as the country struggles to contain an outbreak of the Delta variant.

The state of 7 million people on Thursday joined the 5 million residents of Sydney city – accounting for nearly half Australia’s population – by going into lockdown after a flare-up of the coronavirus.

The state’s health department on Saturday said it had recorded 19 new cases overnight, up from six the previous day. All the new cases were linked to known chains of transmission, the department added without giving further detail.

Neighbouring New South Wales state, of which Sydney is the capital, was expected to tighten movement restrictions as soon as Saturday, according to media reports, as case numbers continued to grow three weeks into its lockdown.

The state was scheduled to give its latest case numbers at 11:00 a.m. (0100 GMT). A day earlier, the authorities said they might place additional restrictions on movement after reporting a jump to 97 new cases.

Australia avoided the high infection and fatality numbers of many other countries in the initial stages of the pandemic due to an assertive response that included closing borders, stay-home orders and economic stimulus measures.

But a year and a half on, the federal government is under pressure due a sluggish vaccine rollout blamed by some experts on changing regulatory advice for the AstraZeneca vaccine and limited supply of the Pfizer Inc drug.

Just over 10% of Australia’s 25 million people are fully vaccinated, according to government data, a fraction of the rates in the United States and Britain.

Even so, Australia’s death rate from the novel coronavirus, at 912 deaths out of about 31,500 cases, is still low by comparison.

South Korea set to delay crypto taxation by one 12 months to start in...

MULTIMEDIA: Join us in a virtual tour of Melaka