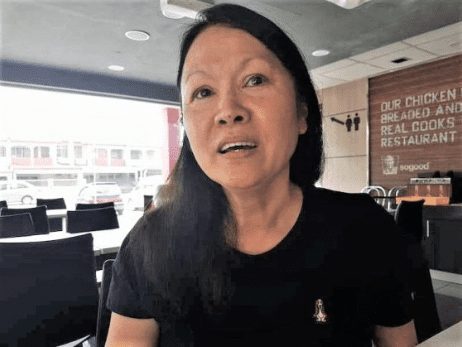 KUCHING: Sarawak People’s Aspiration Party (Aspirasi) has reiterated its call to the state government to give emergency basic income (EBI) of RM500 to every Sarawakian for six months after the end of the movement control order (MCO) period.

Its president, Lina Soo, said this aid for adult Sarawakians aged 18 and above and regardless of income level, would cushion the impact of the MCO on the economy.

She said Covid-19 had caused unprecedented damage in terms of public health and safety, and worldwide economic recession at the level not seen in the last 100 years.

“The essence of the EBI is to help the people so that their spending would drive the economy. The logic is simple ― create demand by putting money into people’s hands to drive the supply side of the economy to meet the demand.

“This is not just the best way. It is a smart way to get out of economic stagnation and calamity,” she said in a statement yesterday.

She said the EBI as direct payment to individuals would create economic resilience to keep the people fed and healthy.

“This will assuage the people’s overall sense of uncertainty and anxiety and prevent descent into social chaos and instability which follows a prolonged recession where the chasm between the rich and the poor, between the elite and those surviving from hand to mouth, would widen further,” she said.

Estimating the cost of the EBI at RM5 billion, Soo said it was not a sum that the state government would find impossible to come up with.

“Sarawak has been a major contributor to Malaysia’s coffers with its petroleum resources for more than 40 years and it is also the world’s third biggest exporter of liquefied natural gas (LNG).

“With this economic advantage, it would be a shame if the state can’t feed all Sarawakians during the pandemic,” she said.

She urged the state government to show its wisdom and capacity to govern in a crisis, and send a strong message to its people that it cares and would do all it can to protect them from economic hardship.

It is important for people to feel that they can rely on the state government to respond speedily to alleviate their sufferings, and that no Sarawakian would be left behind, she said.

“The state’s Bantuan Khas Sarawakku Sayang (BKSS) of RM250 for six months for B40 households is insufficient and flawed. If the head of a family has lost his income, this is inadequate to meet minimum cost living even for two persons, let alone those with dependent children,” she said.

She said the limiting such aid to the B40 group has left out many Sarawakians who have lost their income due to the pandemic.

“Many Sarawakians don’t have tax records, so they are left out of the Prihatin and BKSS financial reliefs. There are also many self-employed people who have fallen on hard times — daily paid workers, labourers, farmers, retrenched workers, unemployed school leavers and jobless graduates, and the list goes on,” she said.

And then there are rural people who have no electricity and internet access and no bank accounts whose details may not have been registered or updated in order to receive the Bantuan Sara Hidup (BSH).

“Aspirasi shall also send a letter to Chief Minister Datuk Patinggi Abang Johari Tun Openg when Sarawak and its economy reopens, and hopes that Sarawakians would support this proposal to survive this current health crisis and economic challenge of the century,” said Soo.

Denmark to vote on overturning 30 years of EU defence reticence