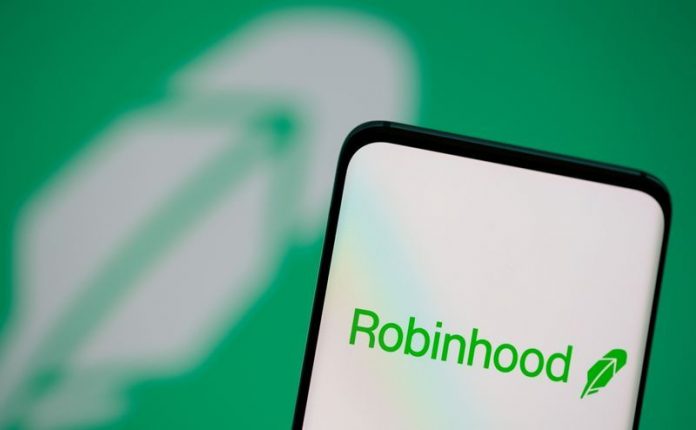 (Reuters) -Robinhood Markets Inc is targeting a valuation of up to $35 billion in its initial public offering in the United States, the company revealed in a filing on Monday, setting the stage for one of the highly anticipated stock market listings of the year.

The listing plans come just months after the online brokerage found itself at the center of a confrontation between a new generation of retail investors and Wall Street hedge funds in late January.

Shares are expected to be priced between $38 and $42, the company said.

The app’s easy-to-use interface made it a go-to for young investors trading from home during coronavirus-induced restrictions and its popularity has soared over the past 18 months.

The trading mania in the so-called meme stocks helped fuel a four-fold jump in its revenue over January to March, Robinhood’s IPO filing earlier this month detailed, but the quick expansion came at a cost.

The company faced criticism after it was forced to curb trading in the middle of the surge this year in GameStop and other previously beaten down stocks.

The Menlo Park, California-based company was valued at around $30 billion in a funding round earlier this year, according to people familiar with matter.

Robinhood is pushing ahead with a stock market flotation following a record 15-month run in the U.S. IPO market, as investors rushed to buy shares of high-growth tech companies.

Rugby: Rugby-Debutants Menoncello and Halafihi to start for Italy against France

No decision yet on declaring state of Emergency in Melaka, says PM