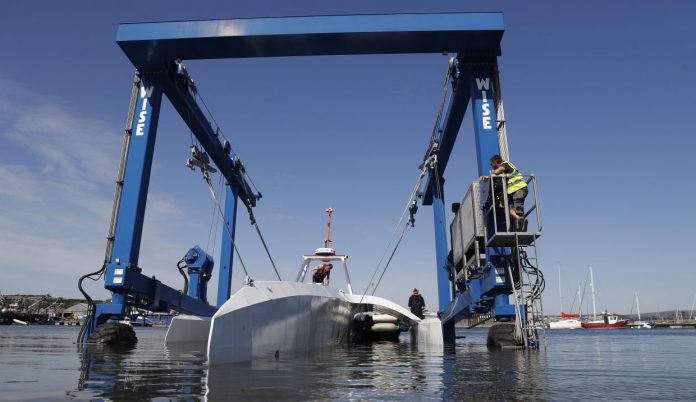 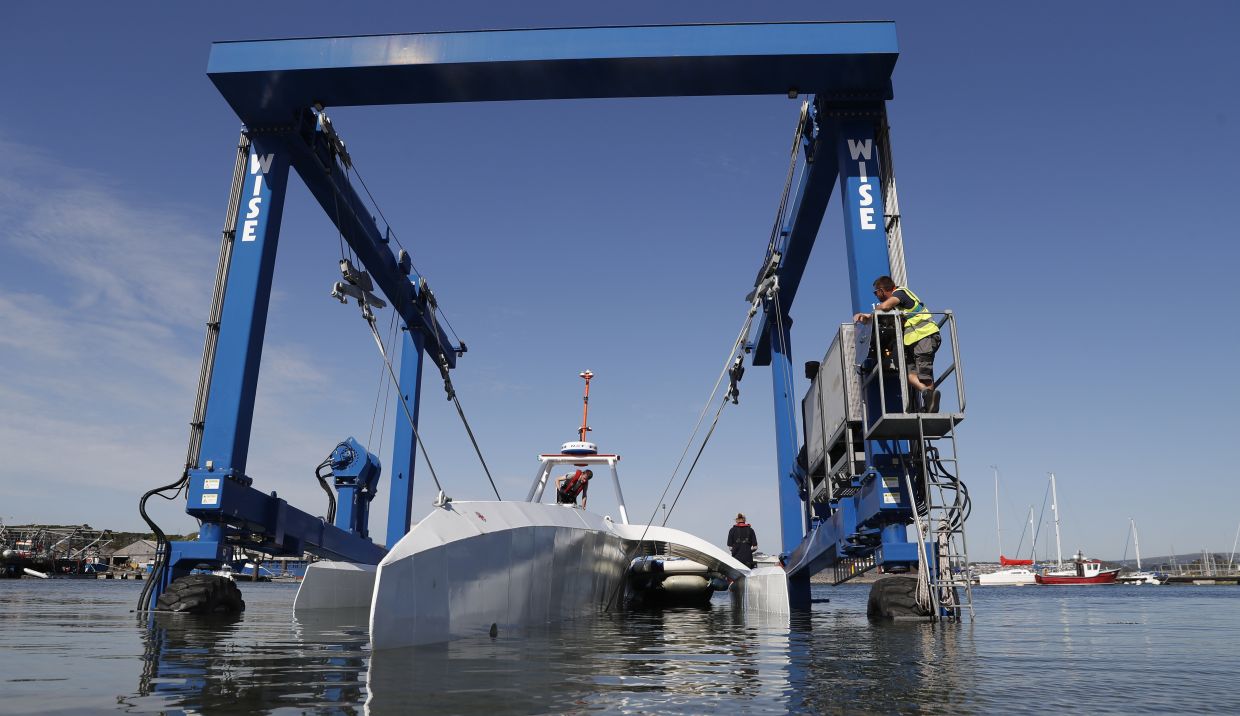 SWANSEA, Wales: Four centuries and one year after the Mayflower departed from Plymouth, England, on a historic sea journey to America, another trailblazing vessel with the same name has set off to retrace the voyage.

This Mayflower, though, is a sleek, modern robotic ship that is carrying no human crew or passengers. It’s being piloted by sophisticated artificial intelligence technology for a trans-Atlantic crossing that could take up to three weeks, in a project aimed at revolutionising marine research.

Charting the path of its 1620 namesake, the Mayflower is set to land at Provincetown on Cape Cod before making its way to Plymouth, Massachusetts. If successful, it would be the largest autonomous vessel to cross the Atlantic.

The new Mayflower’s journey was originally scheduled for last year, part of 400th anniversary commemorations of the original ship’s voyage carrying Pilgrim settlers to New England. Those commemorations were set to involve the British, Americans, Dutch – and the Wampanoag people on whose territory the settlers landed, and who had been marginalised on past anniversaries.

The Mayflower project aims to usher in a new age for automated research ships. Its designers hope it will be the first in a new generation of high-tech vessels that can explore ocean regions that are too difficult or dangerous for people to go to.

The 50-foot (15-meter) trimaran, propelled by a solar-powered hybrid electric motor, bristles with artificial intelligence-powered cameras and dozens of onboard sensors that will collect data on ocean acidification, microplastics and marine mammal conservation.

Its launch has been delayed by the coronavirus pandemic, and more recently, bad weather throughout May, IBM spokesman Jonathan Batty said.

But Batty said the delay allowed for the fitting of a unique feature on the ship: an electric “tongue” that can provide instant analysis of the ocean’s chemistry, called Hypertaste.

The cutting-edge, £1mil (RM5.78mil) ship could take up to three weeks to voyage across the North Atlantic, if forecasts for good weather hold up.

The ship is also carrying mementos from people at either end of the journey, such as rocks, personal photos, and books. People can follow its journey online. – AP