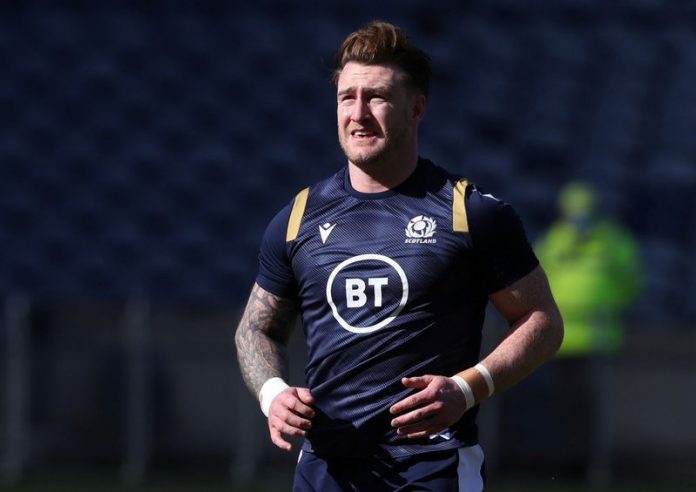 CAPE TOWN (Reuters) – Stuart Hogg is hoping to put past bad luck with the British & Irish Lions behind him and push for test selection when he captains the tourists against South Africa’s Stormers in Cape Town on Saturday.

The fullback has returned from a spell in COVID-19 isolation at the team hotel where he was unable to train and had to while away the time watching his team mates prepare for the three-test series with the world champion Springboks starting on July 24.

It was more disappointment for the Scotsman on a Lions tour after he injured his eye having been accidentally caught by the elbow of team mate Conor Murray in a warm-up game in New Zealand in 2017, which meant he missed the tests against the All Blacks.

“It is something I have kept quiet and to myself for a long time but the experience I had in 2017, it probably took me a good two years to get over it and get back up and running and excited to play rugby again,” Hogg told reporters on Thursday.

“I then had the hunger and the drive to get back and my focus was to give myself every opportunity to represent the Lions again.

“Now we are here it is about making the most of it. It’s been a lot of hard work along the way. I’m just delighted to be given another opportunity.”

Hogg has a good chance of making the test team with Liam Williams going through concussion protocols that could leave him sidelined deep into next week.

Hogg is on his third Lions tour and has yet to play a test in the famous red jersey.

Now free from isolation, he is relieved to be back with the main group and on track to change that disappointment.

“I’m buzzing to be back,” he says. “The key (with isolation) was just to get into a routine. It is a long time to be hidden away. I had to make sure I was as productive as I possibly could be.

“But I was part of a mini isolation group and we had a good bit of craic along the way and kept each other going. But I wouldn’t wish it on my worst enemy, it was a horrendous few days.”

Hogg will lead the Lions in their fifth game on tour and the last before the test series begins.