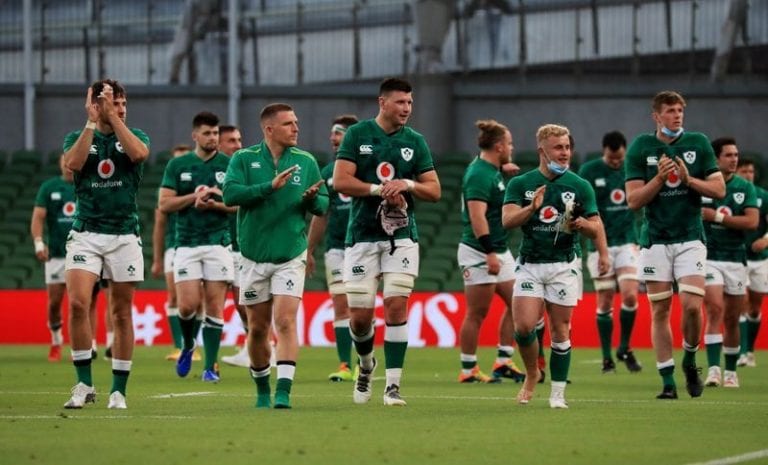 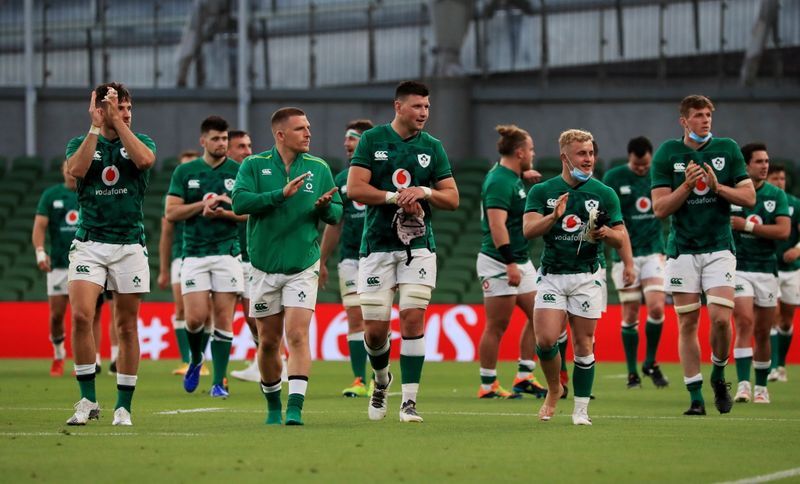 DUBLIN (Reuters) – Hooker Ronan Kelleher grabbed four tries and Ireland capped eight new players as many of their younger fringe men seized the opportunity to impress in a 71-10 thrashing of the United States at the Aviva Stadium on Saturday.

The U.S, who scored four tries in last week’s 43-29 loss to England, were in attacking mode again with Luke Carty, brother of Ireland international Jack, passing up three shots at goal to no avail during a bright start.

However the hosts took complete control when the fastest man in the squad, Ulster flyer Baloucoune looked like he was back playing for the sevens team as he snaked past the U.S. defence to score with virtually his first touch in green.

After their lineout started off sloppily again, as it had against Japan, Ireland quickly sorted it out with Leinster’s Kelleher and Ulster flanker Timoney scoring off lineout moves within three minutes of each other.

It only took another three minutes for Kelleher to add a second try after great work from the returning Andrew Conway and the increasingly assured Hugo Keenan, now a fixture at fullback having started Ireland’s last 13 games.

The difference in quality gave Ireland the opportunity to really express themselves in attack with Munster number eight Gavin Coombes, making his first Irish start, involved at almost every turn with some eye catching offloads.

Munster scrumhalf Craig Casey and Leinster lock Ryan Baird, aged 22 and 21 respectively, also looked sharp in their first starts while Kelleher looks to have made the number two jersey his own, matching the four-try haul that Ireland’s greatest ever hooker Keith Wood managed against the U.S. in the 1999 World Cup.