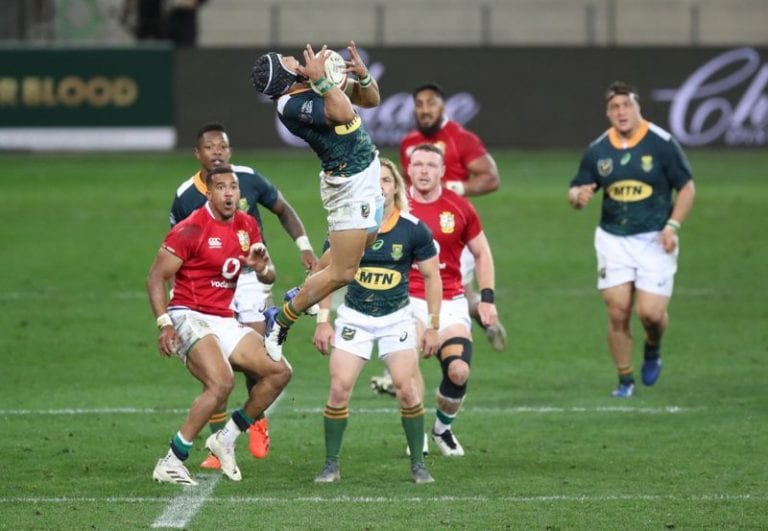 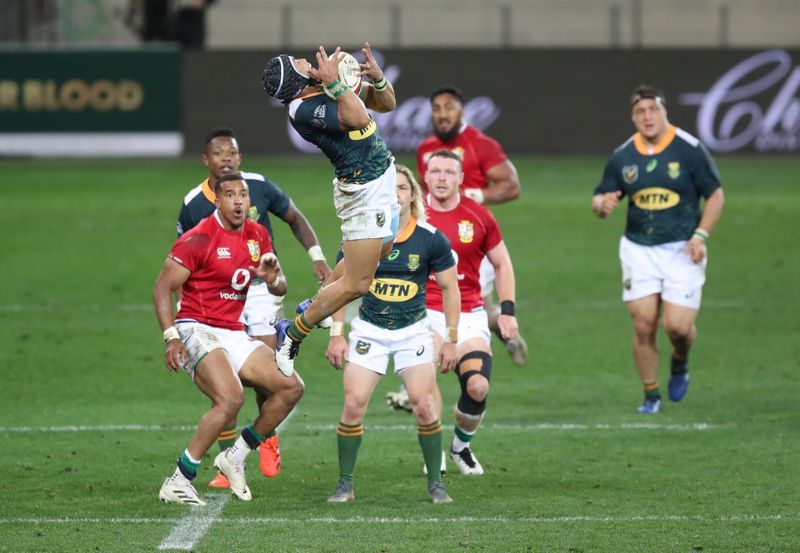 CAPE TOWN (Reuters) – Much is made of South Africa’s forward power and territorial kicking game, but British & Irish Lions winger Anthony Watson believes the Springboks will also pack plenty of punch from their backs, not least the twinkle-toed Cheslin Kolbe.

Watson started all three tests on the last Lions tour of New Zealand four years ago but faces stiff opposition for the series opener in Cape Town on Saturday with Josh Adams, Louis Rees-Zammit and Duhan van der Merwe all having shown their qualities.

Whatever the selection from coach Warren Gatland, however, they will have a job containing explosive winger Kolbe, one of the key players in the Boks’ 2019 World Cup triumph.

“Whoever is up against him will just have to make sure they do their homework and the extras in training to be ready for the threats he possesses,” Watson told reporters on Tuesday.

“Everyone is aware of his skillset and how much he can influence a game, so it is important for the wing and 13 (outside centre) that is playing this week to be ready for that.

“You can also flip it on its head and try and look at where you can expose him on a one-to-one basis. It is not all just about him going forward, he also has to defend whoever is up against him.”

Watson believes the Lions also have plenty of attacking firepower, with Liam Williams and Stuart Hogg contesting for the number 15 jersey in what will be a potent back three.

“With Liam and Hoggy at the back, they are both unbelievable players, probably up there with the best in the world in their positions. Then the same with the wings, all of them have different skillsets but are at the top of their game,” Watson said.

“But whichever way it goes, the guys who aren’t playing will be supporting those that are and trying to prepare them as best they can.

“The back three is a very tight group, we all get along very well and are trying to help each other.”