MyWinet Daily News at Your Fingertips
Home English News Rugby: Rugby-Lynagh in England squad, no place for Ford or Vunipolas 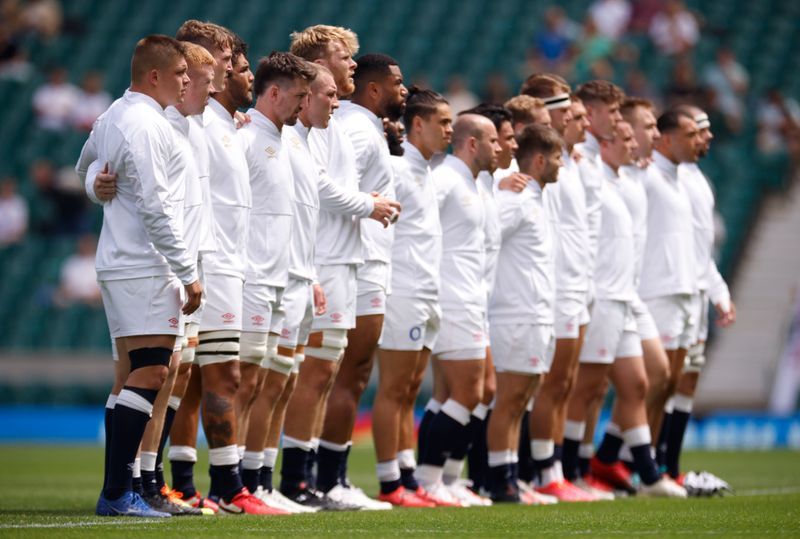 LONDON (Reuters) – Louis Lynagh, son of former Australia flyhalf Michael, was included in a 45-man England training squad on Tuesday, but there was no place for regular flyhalf George Ford, as coach Eddie Jones begins his build-up to the autumn internationals.

Exeter number eight Sam Simmonds, last capped in 2018 but who was part of the British and Irish Lions squad in South Africa, was also included, with England’s regular number eight Billy Vunipola, and his prop brother Mako, left out.

Jones’s new coaching assistants – Richard Cockerill, Martin Gleeson and Anthony Seibold – will get their first chance to work with the squad later this month after the Australian named a 45-man squad for the short training camp. The new-look group will meet for three days in west London to begin preparations for the November games against Tonga, Australia and South Africa.

There are eight uncapped players named in the squad – Mark Atkinson, Jack Kenningham, Gabriel Oghre, Raffi Quirke, Sam Riley, Bevan Rodd, Ollie Sleightholme and Lynagh, the 20-year-old wing who has been in impressive form at Premiership champions Harlequins but who is also qualified to play for Australia and Italy, where he was born.

Ford was not named in the group.

“This is an exciting squad made up of experienced players and young guys who did well in the summer and have earned their place again,” Jones said in a statement. “We have left out some experienced players but we’re really clear that the door isn’t closed to them, and we’re looking forward to seeing them work hard to get back into contention.” “We have five campaigns now until the 2023 World Cup so each one counts, and this is a chance for this 45 to impress the new coaching staff.”