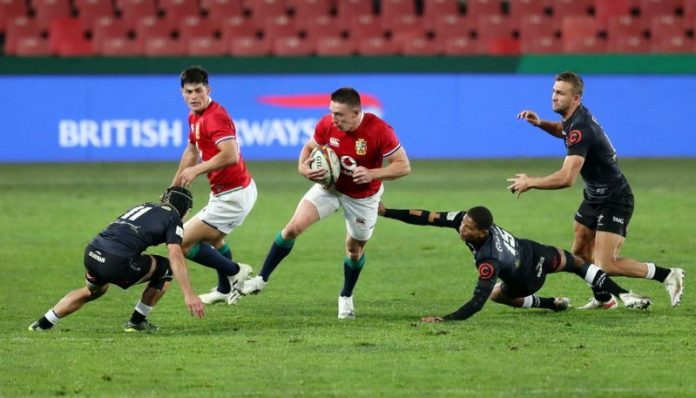 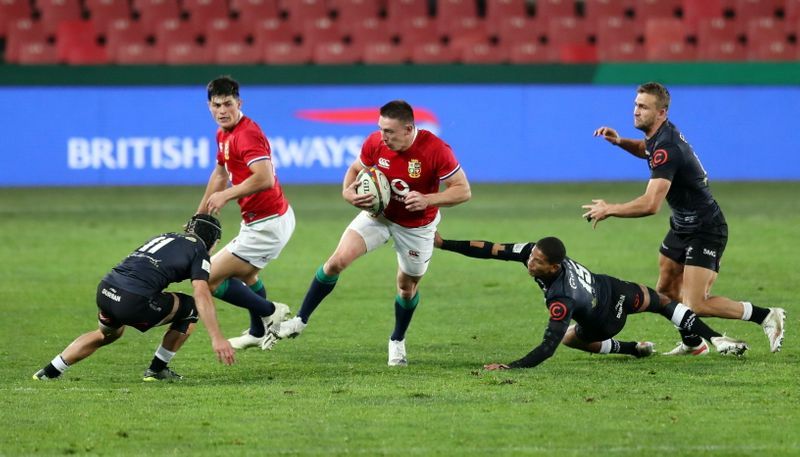 Only captain Phepsi Buthelezi in the back row, scrumhalf Jaden Hendrikse and wings Thaakir Abrahams and Werner Kok, who will move inside to centre, are retained from the starting team comprehensively beaten 54-7 at Ellis Park in Johannesburg in midweek.

The Sharks have been hastily arranged as opposition for Saturday’s third tour match at Loftus Versfeld after original hosts the Bulls could not field a team after being hit by COVID-19 infections.

The quick turnaround means a vastly changed team for the Sharks, who already have nine players away with the Springboks, ahead of the three-test series against the Lions later this month.

“But this is by no means a third choice side,” the coach insisted at a news conference on Friday.

“It’s a little bit of late notice, but there is massive excitement to get another opportunity against world class opposition,” said Everitt, whose team were due to play in the Currie Cup this week and who did have a 34-man squad in a bio-bubble in a Johannesburg hotel.

They were the only team to whom SA Rugby could turn to offer the Lions opposition for the weekend fixture, as they have had none of the COVID-19 infections that have beset the game in South Africa over the last week, causing disruption to the Lions tour as well as the Springboks’ preparations.

“We see it as a massive privilege for our young team to develop after being starved of international action in the last 15 months.

“I think we have a shot at redemption. You always have to be positive, we felt even though we lost heavily on Wednesday, we did put the Lions through their paces. We need to sort out the errors that we made and we are definitely going out there to put on a better display,” Everitt added.

The Sharks are waiting for permission to use three extra substitutes in the match.

All donations to UTAR Hospital are welcome, says Dr Mah

Other Sports: Even 10% chance is good enough against Italy – Austria coach

What Losing 3 Pregnancies in 6 Months Taught Me About Grief