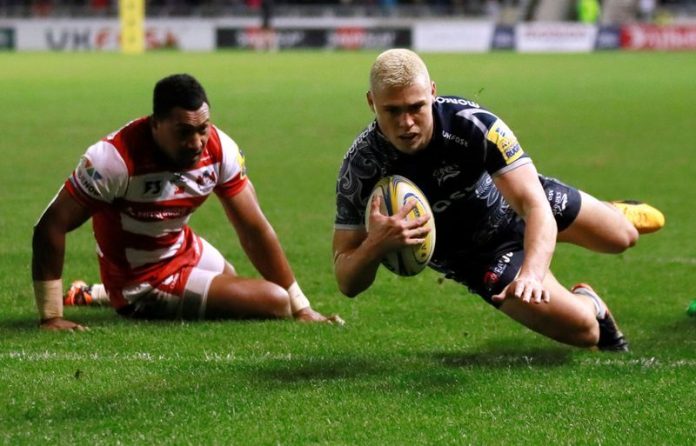 MELBOURNE (Reuters) – Thirteen years after becoming Super Rugby’s youngest debutant at the age of 17, James O’Connor will savour his 100th cap in the provincial competition on Friday when the Queensland Reds face the rampaging Auckland Blues in Brisbane.

Though only 30, O’Connor’s milestone comes after fits and starts, with his first two stints in Super Rugby finishing in acrimony before his successful return to the Reds last year.

The Wallabies flyhalf was banished from Australian rugby in 2013, his contract torn up after one too many off-field incidents.

He returned home for an ill-fated season with the Reds in 2015 before heading back to Europe to more trouble and a drug-related arrest in Paris while on Toulon’s roster.

“For a big part of my career I didn’t think I’d get back home to Australia,” O’Connor told reporters on Tuesday.

“I’ve been open that I was going to give it one last shot but the thought of retirement definitely played on my mind.

“I put my head down and got to work and I’m enjoying the fruits of my labour and being a part of this group.”

O’Connor played his first Super Rugby match for Western Force against the Reds in 2008 and became the second-youngest Wallabies debutant the following year at the age of 18.

Though hailed as a once-in-a-generation talent, his off-field indiscretions steadily piled up. He later battled depression, alcohol and a dependency on prescription drugs while dealing with injuries in a mid-career slump.

Now sober, fit and committed to Australian rugby through the 2023 Rugby World Cup, O’Connor said if he could go back in time he would tell his teenage self to “enjoy the process”.

“It’s not always about the outcome,” he said.

“When I was younger I was always chasing the next thing, the next milestone, it was always about chasing pleasure so my advice is about enjoying the smaller moments in life.”

O’Connor was instrumental in the Reds’ push to the domestic Super Rugby AU championship this year, leading the side with aplomb in the absence of injured regular skipper Liam Wright.

It has been rough going in Super Rugby Trans-Tasman, however, with all the Australian teams struggling with the step up in class against their New Zealand counterparts.

O’Connor and the Reds finally secured a win for Australia with the 40-34 defeat of the Waikato Chiefs in Townsville on Saturday, snapping the country’s 13-match losing streak to the New Zealand teams.

The undefeated, competition-leading Blues may be a stiffer challenge but O’Connor said his team mates were up for the job.

“We’re starting to feel that flow. It’s a very different dynamic the way Kiwis play and it took us a bit longer for us to adapt,” he said.