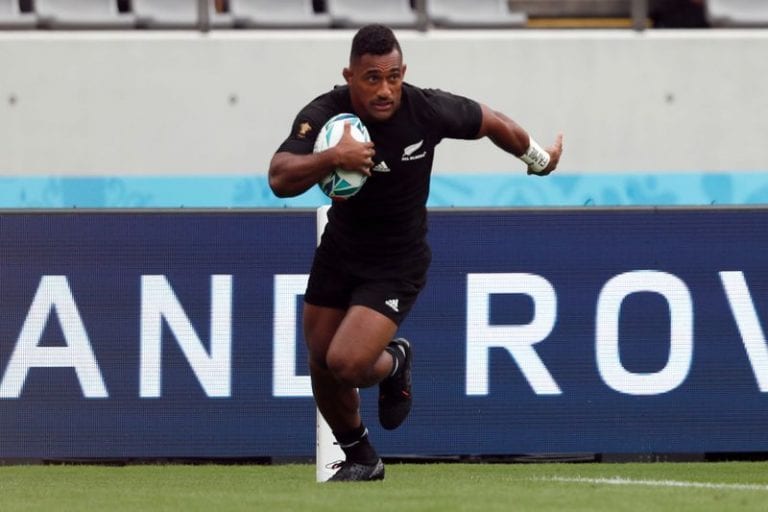 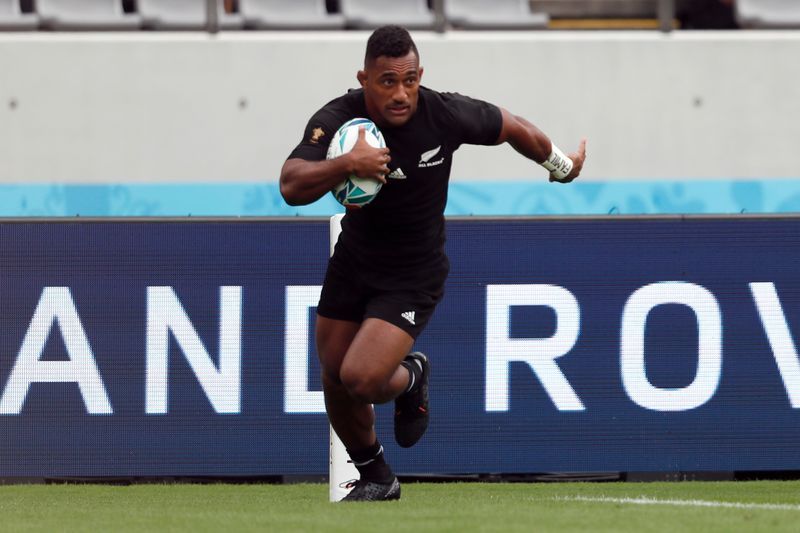 (Reuters) – Fiji-born Sevu Reece scored a hat-trick of tries for the All Blacks against his home nation as New Zealand trounced Fiji 60-13 to sweep their series 2-0 in Hamilton on Saturday.

Recalled winger Reece completed his hat-trick by the 36th minute as the All Blacks racked up nine tries to one at Waikato Stadium following a week of criticism after their 57-23 win in the first test in Dunedin.

Ian Foster’s side came into Saturday’s clash under pressure, having been bested at the breakdown in the opener before running over the tiring Fijians.

With Richie Mo’unga back in the number 10 jersey, the rejigged All Blacks responded with a powerhouse display, adding five second-half tries to their four in the first.

The All Blacks next face Australia in the opening match of the annual Bledisloe Cup, as they look to retain the trophy contested by the Trans-Tasman nations for a 19th successive year.

“Really impressed with the boys the way they have fronted,” said All Blacks captain Sam Whitelock.

“I feel like we’ve had a lot of growth and development and we’re really tight as a team.

“We’ll enjoy this, it took us a while to grind away.”

Debutant Samisoni Taukei’aho, a late replacement for hooker Dane Coles, came off the bench to score two tries, while Ardie Savea, Will Jordan, Rieko Ioane and Shannon Frizell also crossed for the home side.

The All Blacks took time to settle, with Fiji starting brightly and scoring first through a Ben Volavola penalty.

But the All Blacks’ set piece dominance soon told as inside centre David Havili latched onto an attacking lineout and flicked a pass behind his back to send Reece under the posts for his first try in the 15th minute.

The All Blacks ramped up the pressure after the half-hour mark, with Mo’unga setting up Reece’s second near the left corner after a dash down the wing.

Penalised for collapsing a maul near their goal-line, Fiji were blindsided by referee Damon Murphy, who gave them no time to reset before Mo’unga took a quick tap and spread the ball wide.

The ball skidded off the grass to Reece who cantered over the corner unmarked to complete his hat-trick.

The visitors’ woes continued as stand-in captain Leone Nakarawa was yellow-carded for repeated Fijian infringements near their try-line.

The All Blacks capitalised through back row enforcer Savea, who barged over from a metre out after the halftime siren.

Mo’unga slotted the conversion as the All Blacks came off with a 29-6 lead.

With Nakarawa still in the sin-bin, winger Jordan crossed for the All Blacks’ fifth try less than two minutes after the restart.

Prop Peni Ravai buoyed Fijian fans in the crowd by shooting out of a maul for his team’s sole try in the 49th minute, but Ioane responded a minute later for the All Blacks with another five-pointer at the right corner.

Fiji’s defences continued to unravel, with Taukei’aho and Frizell blowing out the score with tries from set piece moves.