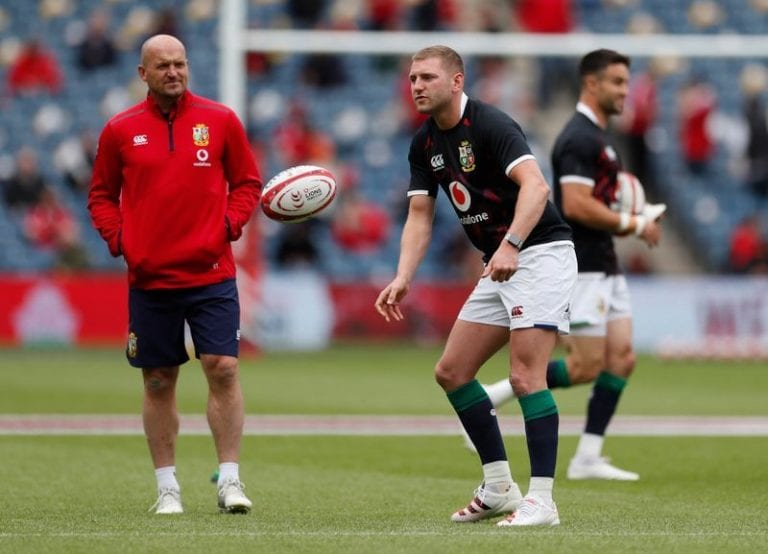 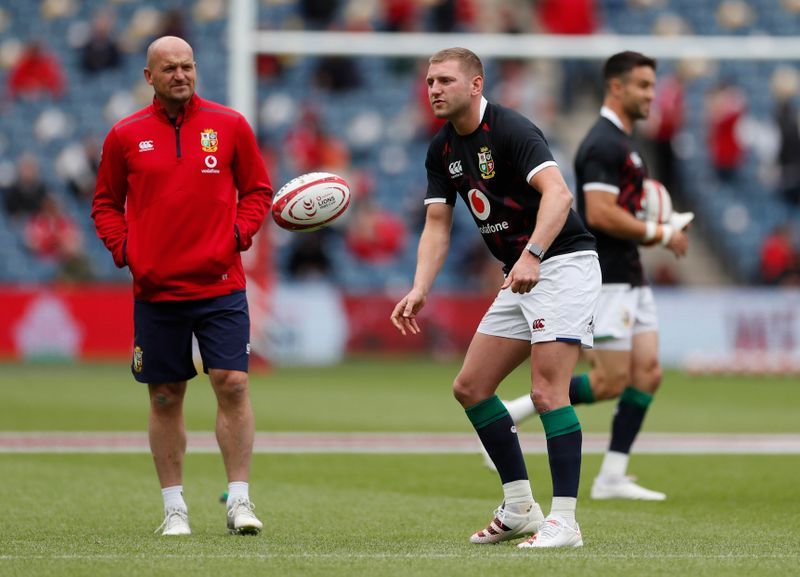 PRETORIA (Reuters) – Flyhalf Finn Russell will have to keep his foot in a plastic ‘moon’ boot for the next week after suffering an Achilles tendon tear and could yet be sent home from the British and Irish Lions tour of South Africa, coach Warren Gatland said on Saturday.

“He had an injection today, it’s not a strained Achilles but rather a small, slight tear and it’s going to keep him out for the next couple of weeks,” the coach said after the Scotland international was withdrawn from the list of replacements named for Saturday’s 71-31 win over the Sharks in Pretoria.

“We are going to try and see if we can rehab him. He’s going to be in a boot for the next five days and when he comes out of that he’ll have some more treatment and if he is making good progress then we’ll assess him going forward. If he is not, then there is a possibility he may go home.

“It’s a wait-and-see situation with him,” added Gatland, who did not explain how the injury happened.

Earlier on Saturday, the Lions called up England’s Marcus Smith as injury cover.

The Lions made the announcement as Smith was mid-way through his second test appearance for England against Canada on Saturday, after which he will fly out to meet up with the squad.

The 22-year-old has been rewarded for an excellent season with Harlequins, who he helped to a thrilling Premiership final victory over Exeter Chiefs last month.

Minutes after the end of England’s 70-14 win over Canada, Smith was interviewed pitchside at Twickenham and said: “I can’t believe it — I got told about 10 minutes ago. Eddie (Jones) told me it’s a special thing. I’m still shaking. It’s amazing. It will be special, a dream come true for sure if I get the opportunity.”

The Lions also withdrew lock Maro Itoje from the lineup for Saturday’s game against the Sharks because of an upset stomach.