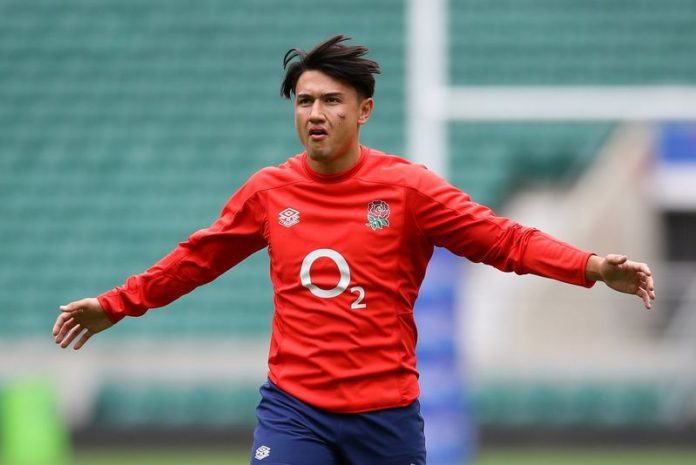 The Harlequins and England number 10 only arrived in the country on Monday as injury cover for Finn Russell but will make his bow in Saturday’s game against the Stormers at the Cape Town Stadium.

With Owen Farrell having failed to impress on tour so far, and Russell set to miss the first test against the world champion Springboks on July 24, Smith could yet have a role to play in the series.

“I am excited, but I’m also managing my expectations, I’m sure we all are,” Townsend told reporters on Friday. “This is a tough game for the whole squad, we have had just one training session going into it. So things won’t go perfectly.

“For someone like Marcus, it his first game, he’s not had the four weeks we have had. We have just got to enable him and allow him to play what he sees.

“Already he is leading like our 10 should by giving feedback on where the forwards should be and what we should be doing at certain times and that’s great.

“If he plays as well as he has done for club and country in the last few weeks, he’ll go well.”

Townsend said Russell, who has an Achilles problem, is unlikely to be fit for the first test next Saturday, but they are hopeful he can still play a role later on.

“He is six days into his recovery, he’s had an injection into the area and is out of the boot. He will start his rehab process gently and when we get to the end of the week we hope he will be able to get back involved in training.

Townsend, who is the attack coach on the tour, felt the side impressed in the 17-13 loss to South Africa ‘A’ on Wednesday, despite their only try coming when the home side were reduced to 13 players after two quick yellow cards.

“In the first 20 minutes we lacked the intensity and energy we brought in other games so far,” he said. “Maybe we were too cautious, but there were a lot of positive elements, a lot of pressure put on their defence that led to penalties.

“What we need to do next time is take those opportunities when we get them.”