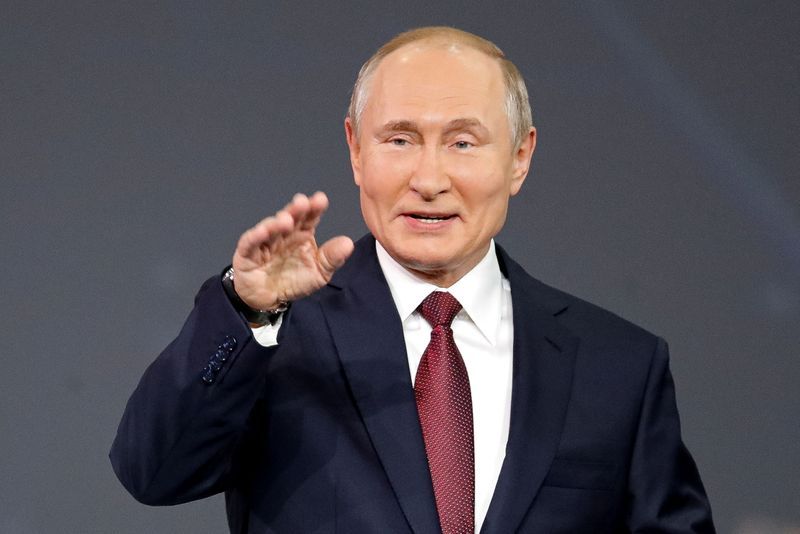 A brief promotional video released ahead of the MAKS air show featured pilots from UAE, India, Vietnam and Argentina, suggesting that Moscow wants to pitch the plane for export.

Oleg Panteleyev, head of the Aviaport analytical agency, said it would be touted as a rival to the U.S. F-35 stealth fighter.

It is not known when the plane might be ready for serial production. It is unlikely to take to the air when it goes on show.

Russia has invested heavily in military aircraft and new armaments under Putin, both for its own armed forces and also to boost export revenue from weapon sales. Many of its new weapons are still based on Soviet-era technology from the Cold War.

Rostec, Russia’s state aerospace and defence conglomerate, released photographs of the new plane covered in a protective covering in the run-up to the air show.

In May, an unnamed defence source cited by state news agency RIA said that Rostec was working on a fifth generation light multi-role fighter jet with a single engine.

The aircraft was expected to have a maximum speed of more than twice the speed of sound, to weigh no more than 18 tonnes, and to have reduced radar visibility and high manoeuvrability, that source said.

“Light-class fighter jets are more in demand in the world than heavy-class ones – they are cheaper and more suitable for states that don’t have large territories,” he told Reuters.

United Aircraft Corporation, which is part of Rostec, owns the Sukhoi aircraft manufacturer that dates back to the Soviet era.

Cycling: Motorcycling: Vinales apologises to Yamaha after being suspended

Interstate travel: Do not be complacent, practise self-control, says Muhyiddin