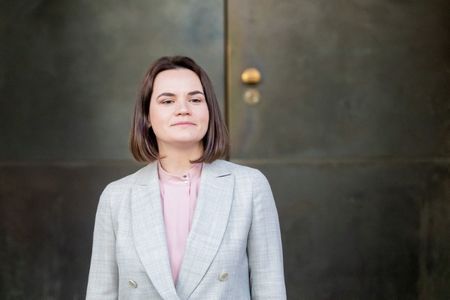 MOSCOW (Reuters) – Russian police have removed Belarusian opposition politician Sviatlana Tsikhanouskaya from their wanted list at the initative of the Belarusian authorities, the RIA news agency reported on Tuesday.

Tsikhanouskaya fled into exile last year after Belarusian President Alexander Lukashenko launched a crackdown on protesters who accused him of rigging his 2020 re-election, a vote Tsikhanouskaya’s supporters say she won.

Russia and Belarus are close allies.