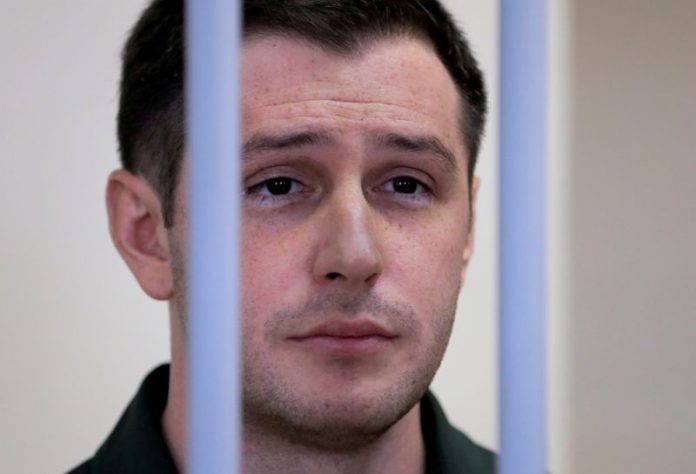 MOSCOW (Reuters) – A former U.S. Marine who is serving a nine-year sentence in Russia was being transferred from a remand cell in Moscow on Friday to the Mordovia region which has a large number of tough, Soviet-era prisons.

Trevor Reed was convicted last year of endangering the lives of two policemen in Moscow while drunk, a charge he denied. He said the ruling was “clearly political”, and Washington called the trial “theatre of the absurd”.

Reed had remained in a remand cell after his conviction pending an appeal. That appeal was rejected and his sentence was upheld at a court hearing last month.

“This morning Trevor Reed was (taken) from Moscow, he will serve his punishment in one of Mordovia’s (prison) colonies,” Alexei Melnikov, a member of a prison oversight commission was quoted as saying by the RIA news agency.

The region of Mordovia is around 500 km (310 miles) east of Moscow. Paul Whelan, who is also a former U.S. Marine, is serving a 16-year sentence in a jail in the region on espionage charges that he denied.

Russian President Vladimir Putin said before a summit with U.S. President Joe Biden last month that he was open to a prisoner exchange deal. It is not known whether Whelan or Reed might be included in any prisoner swap.

Covid-19: Booster doses may now be given to breakthrough infection patients immediately after recovery

Commentary: AI flaws could make your next car racist

England playing behind closed doors after ban is an ’embarrassment’, says Gareth Southgate