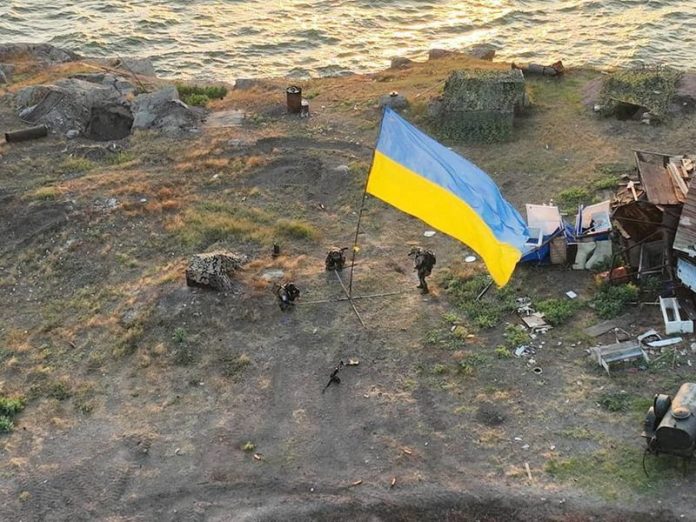 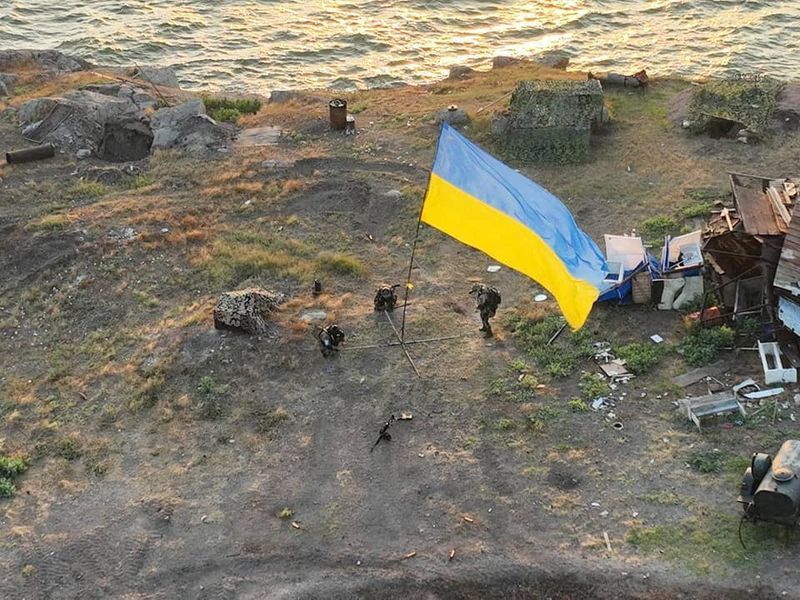 LONDON (Reuters) – Russia’s defence ministry stated on Thursday {that a} Russian warplane struck Ukraine’s Snake Island within the Black Sea in a single day, shortly after Ukrainian troops claimed to have raised their flag over the island.

Andriy Yermak, the Ukrainian President’s chief of employees, posted a video on Telegram on Thursday of three troopers elevating a big Ukrainian flag on the island, from which Russian forces withdrew on June 30 after coming below heavy bombardment from Ukrainian artillery.

At the Russian defence ministry’s day by day briefing, spokesman Lieutenant General Igor Konashenkov stated that a part of the Ukrainian detachment on the island was “destroyed”.

The tiny island is strategically essential due to its proximity to the ocean lanes to Ukraine’s port of Odesa.