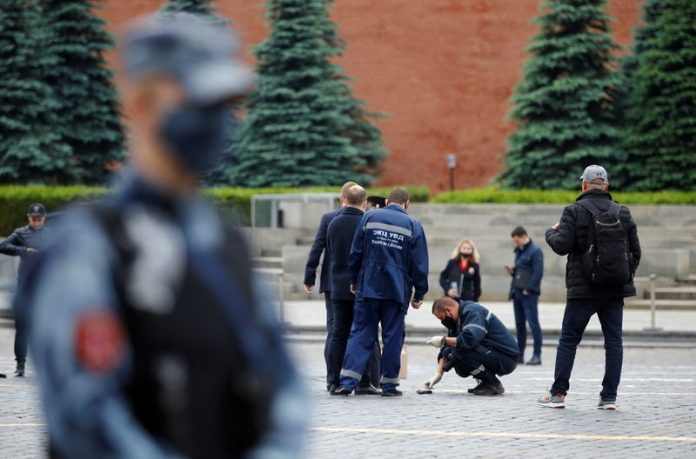 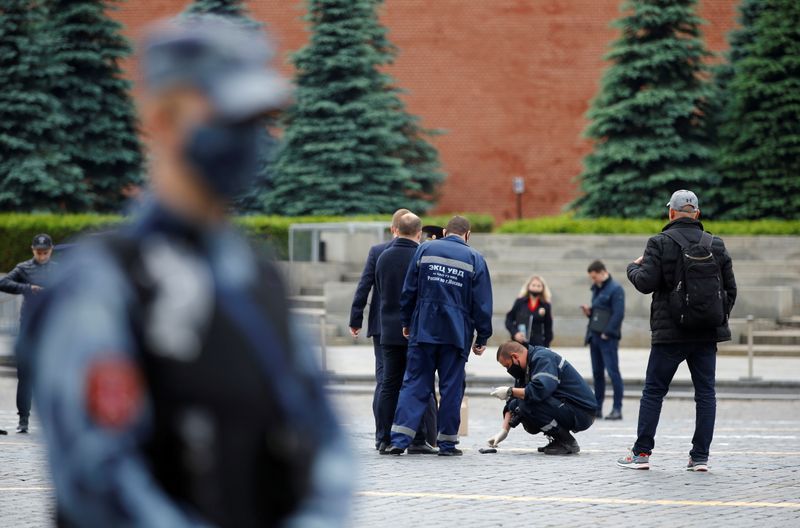 MOSCOW (Reuters) – A Russian court on Sunday ordered an anti-Kremlin performance artist to be held in custody for two months on suspicion of hooliganism after he was arrested on Red Square where he had simulated shooting himself in the head in a political protest.

The activist, Pavel Krisevich, was detained on Friday after firing blanks into the air and then at his head, according to one of his friends.

The Open Media news outlet reported that Krisevich had prepared a manifesto beforehand that said the performance was designed to draw attention to what he cast as unacceptable state repression.

Moscow police said they had opened a criminal case into hooliganism over the Red Square appearance.

A court on Sunday ordered Krisevich to be held in jail until August 2021, the Interfax news agency said.

His lawyer could not immediately be reached for comment.

A journalist, Nika Samusik, who had filmed the stunt was also detained on Red Square on Friday, but was released on Sunday, according to the OVD-Info protest monitor.

Krisevich was jailed last year for 15 days over another protest performance in which he simulated crucifying himself near the central Moscow headquarters of the FSB Federal Security Service.

LRT mishap: Govt will ensure such incidents do not recur, says PM