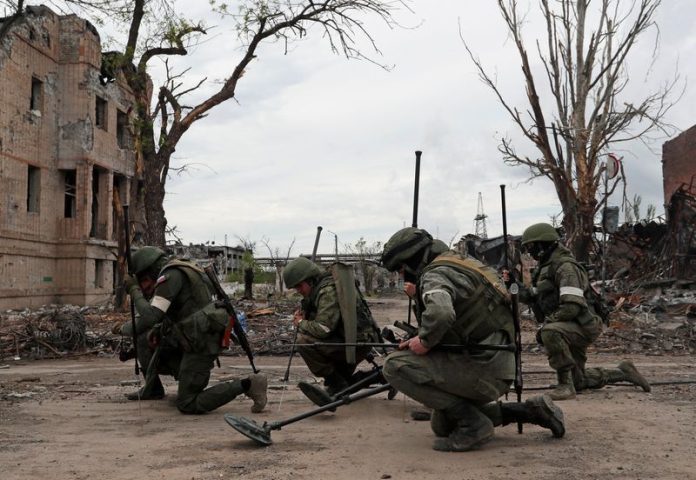 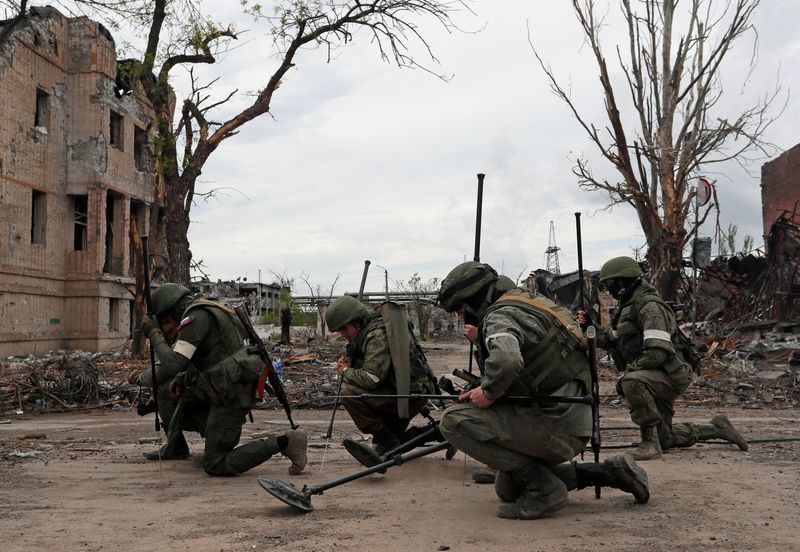 MARIUPOL, Ukraine (Reuters) – Russian soldiers cleared mines and particles on the commercial grounds of the Azovstal steelworks in Mariupol on Sunday after a whole lot of Ukrainian forces holed up within the huge plant for weeks have been ordered to face down.

Soldiers walked by the compound and swung mine detectors over roads suffering from particles, whereas others checked below objects for the explosive units, video footage confirmed.

“The activity is big, the enemy planted their very own landmines, we had additionally planted anti-personnel mines whereas blocking the enemy. So we have got some two weeks of labor forward of us,” stated a Russian soldier who solely gave his nom de guerre Babai.

Russia on Friday stated the final Ukrainian fighters defending Azovstal had surrendered. Ukraine has not confirmed that improvement, however a commander of one of many items within the manufacturing facility stated in a video that the troops had been ordered to face down.

The fighters who barricaded themselves into the tunnels have given themselves as much as Russian and pro-Russian forces.

The finish of combating in Mariupol, the largest metropolis Russia has captured since its invasion of Ukraine on Feb. 24, gave Russian President Vladimir Putin a uncommon victory after a collection of setbacks in practically three months of fight.

Drone footage confirmed the steelworks’ buildings left in ruins, many charred, many partially collapsed and a few only a pile of particles.

“Over the final two days, over a 100 explosives have been destroyed. The work continues,” Babai stated.

Full management of Mariupol provides Russia command of a land route linking the Crimean Peninsula, which Moscow seized in 2014, with mainland Russia and components of jap Ukraine held by pro-Russia separatists.

Moscow calls its actions a “particular army operation” to disarm Ukraine and shield it from fascists. Ukraine and the West say the fascist allegation is baseless and that the battle is an unprovoked act of aggression.

(Reporting by Retuers; Writing by Lidia Kelly in Melbourne; Editing by Stephen Coates)