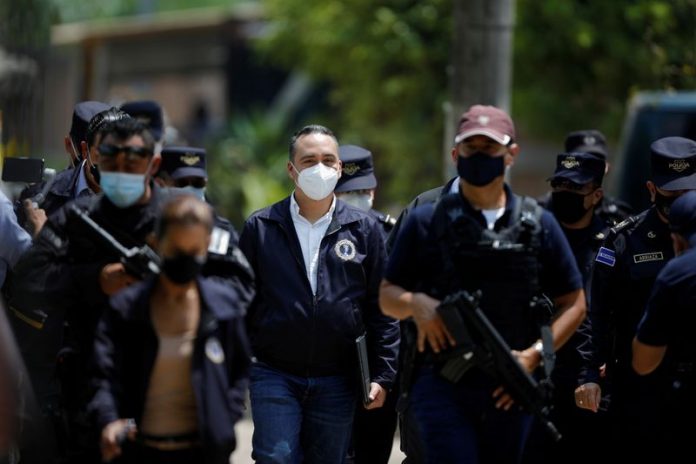 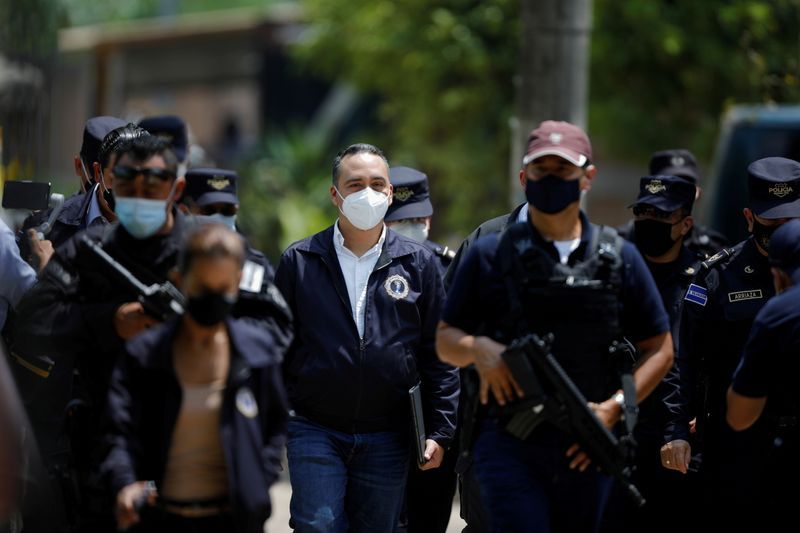 SAN SALVADOR (Reuters) -El Salvador’s attorney general said on Friday he was quitting an anti-corruption accord with the Organization of American States (OAS) in protest at an OAS decision to take on as an adviser an opposition politician currently under investigation.

The announcement was the latest in a series of moves on anti-corruption efforts in Central America that have caused dismay inside the U.S. government, which is attempting to get leaders in the region to redouble efforts to root out graft.

On Thursday, OAS Secretary General Luis Almagro said that Ernesto Muyshondt, mayor of San Salvador between 2018 and 2021, is to become an adviser to his office, without giving details.

Muyshondt, a member of El Salvador’s right-wing ARENA party, and a vocal critic of President Nayib Bukele, is under investigation by prosecutors over accusations that he made a deal that benefited gangs in exchange for votes in the 2014 presidential elections.

Muyshondt has denied the allegations. Later on Friday, during a hearing attended by Muyshondt, a judge ordered him to be put under house arrest over the case, said Ulises Marinero, spokesperson for El Salvador’s judicial authorities.

Attorney general Rodolfo Delgado responded bluntly to news of Muyshondt’s OAS role, saying that El Salvador did not want support from an organization “now being advised by a criminal.”

The International Commission against Impunity in El Salvador (CICIES) was created under Bukele through agreement with the OAS in September 2019. The attorney general’s office joined the initiative that December.

Delgado said he would submit written notification of the agreement’s termination within a month to the foreign ministry.

The United States embassy in El Salvador expressed regret at the decision.

“The fight against corruption is essential and fundamental. We will continue to look for ways to reduce and combat corruption and impunity,” it said on its Twitter account. Washington donated $2 million to CICIES in April.

U.S. officials see corruption as one of the root causes of undocumented immigration, along with poverty and gang violence, and want to make sure some $4 billion in aid pledged for the region does not fall prey to graft.

But some Central American leaders have been pushing back on the Biden administration’s anti-corruption strategy.

The OAS office in El Salvador declined to comment.

Friendship helped us through loss in the pandemic