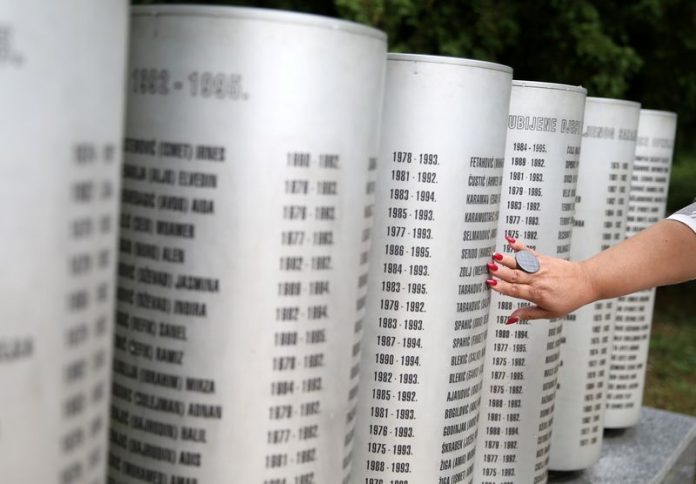 SARAJEVO (Reuters) – Survivors of the 43-month siege of Sarajevo are hoping for closure when Bosnian Serb military commander Ratko Mladic receives a final verdict on Tuesday in his appeal against conviction for genocide and war crimes during the 1990s.

In 2017, the Hague-based International Criminal Tribunal for the Former Yugoslavia jailed Mladic for life on charges including terrorizing Sarajevo’s civilian population during the siege, and the genocide of more than 8,000 Muslim men and boys at Srebrenica in 1995. Final judgment in the case is due on Tuesday.

“I think the judgement should not be altered because it represents the finalisation of all miseries in the years that are behind us,” said Zdravka Gvozdjar, whose son Eldin was killed in the street at the age of 9 by a Serb grenade.

“Someone must pay for all these children who were killed here,” Gvozdjar told Reuters as she stood at the Bosnian capital’s monument to the 1,600 child victims of the siege.

In the fighting from 1992 to 1995, Bosnian Serb forces, backed by the Yugoslav army, cut off Sarajevo’s electricity and water and killed about 11,000 people with artillery, mortar, tank and sniper fire from the surrounding hills.

In July 1995, Mladic led the seizure of the United Nations-protected “safe zone” of Srebrenica, where his troops executed 8,000 Muslim males over several days. Their bodies were dumped in mass graves and later reburied to hide the crime.

Fikret Grabovica, who lost his 11-year-old daughter Irma in a Sarajevo shelling incident, said Mladic should be remembered as the “worst criminal in the history of the region”.

He said it was disappointing that Mladic was being promoted as a national hero, even by young people born after the war. Murals of the former general have appeared in towns across the Serb-dominated region of ethnically divided Bosnia.

Most Serbs regard Mladic as their defender and hero, and consider the war crimes court to be biased against Serbs.

On Sunday, Bosnian Serb nationalist leader Milorad Dodik, the current chair of Bosnia’s tripartite inter-ethnic presidency, said Mladic was a warrior and not a criminal.

“The judgement on him will not help change people’s opposing perceptions of what happened during the war,” said Mela Softic, 37, a marketing specialist who spent her childhood in besieged Sarajevo.

“Twenty-five years later, I feel as if the war is not over.”

Lampard urges Hudson-Odoi to seize his chance at Chelsea

Poorest households could out on £150 council tax rebate