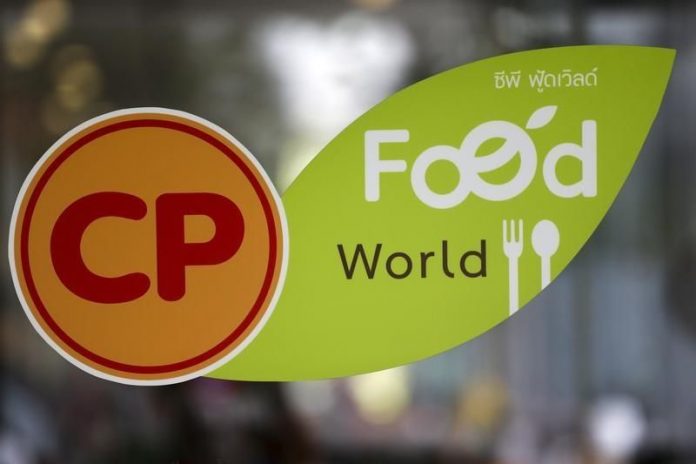 BANGKOK: Just three months after Thailand threw a $11 billion lifeline to businesses struggling to survive the pandemic, a scion of the nation’s wealthiest business dynasty is betting the bailout won’t be enough to stanch a deluge of distressed assets.

Schwin Chiaravanont — whose family controls the 100-year-old Charoen Pokphand Group — is planning to raise $500 million for his flagship private-equity venture 9 Basil, which aims to use most of the new money to step up purchases of distressed assets. The fund is positioning itself to benefit from bad loans soaring from a 16-year high as Southeast Asia’s second-largest economy battles its worst recession since the Asian crisis of the late 1990s.

“Policies around distressed debt management are unsustainable, ” Schwin, 29, said in a phone interview last week. “The question is more ‘when’ than ‘if’ there will be a lot of distressed debt that floods the market.”

The grandson of CP Group’s Co-Vice-Chairman Wallop Chiaravanont is doubling down on soured loans when stimulus packages around the world help companies weather the slump and shrink the pool of distressed assets. Even Thai lenders are scaling back sales: Last month, Bangkok Commercial Asset Management Pcl — the nation’s biggest manager — said it managed to buy only 500 million baht ($15.6 million) of bad debt this year, well short of its 2021 target of 9 billion baht.

As a slow vaccination drive, more virulent coronavirus strains and clusters of outbreaks hinder plans to throw open the $544 billion economy, Schwin is betting on delays to a quick recovery from the devastation. Countless factories, hotels, restaurants and retailers have shut down. Non-performing loans at all Thai lenders jumped 15% since end-2019 to 537 billion baht, the most since 2005, according to Bank of Thailand data.

Asset quality outlook across banks in most Southeast Asian markets will remain clouded into 2022, as extended loan relief plans are likely to keep credit costs high in the near term, Fitch Ratings said June 25. The normalization of credit costs may take longer in markets where relief has been extensive but economic outlooks remain under pressure, such as in Malaysia and Thailand, Fitch said.

While Rathanon Fookiat, a manager at Bangkok Commercial Asset Management, has echoed Schwin’s views on the likelihood of more distressed assets coming to market, he warned investors against haste.

“The current economic crisis will increase the supply of distressed loans and assets being offered for sale by banks, ” Rathanon said last month. “Still, there must be some caution in rushing to buy those assets, because prices may fall further with possible worsening of the pandemic.”

9 Basil more than doubled its asset value by betting on rural-focused micro-lender Ngern Tid Lor Pcl, which raised 33 billion baht in April in an initial public offering, Schwin said. The fund now holds 5% of the company, he said, whose current market value is about $3 billion.

Most of the new money raised by 9 Basil will be used to boost the holdings of distressed-asset manager Alpha Capital Asset Management Co., in which 9 Basil owns 49%, he said. Alpha Capital is planning a listing next year.

“The distressed asset industry is a red ocean and would be hard for any newcomer, ” said Bunyong Visatemongkolchai, executive chairman of Bangkok Commercial Asset Management. “Competition is very intense. You have to bid at high prices, while risks to recovering debt or selling those assets are very high too.”

After graduating with a master’s degree in business from the University of North Carolina at Chapel Hill in 2014, Schwin worked in his family office before venturing into two startups that later failed. His family fortune is estimated at $32 billion, according to a Bloomberg News report in November.

Though a novice in distressed-asset management — a career move to step out of the shadow of his clan’s business empire — Schwin said he would be drawing from the experiences of his own family back in the 1990s.

During the Asian financial crisis, the CP Group had to divest some parts at fire-sale prices to stay afloat. While it survived — and has thrived since — many other Thai businesses and banks collapsed.

Many small and medium-sized enterprises, the backbone of Thailand’s economy, are struggling with crushing debt loads that could force them out of business, according to the Federation of Thai SME.

Bank loans to smaller businesses total 3.5 trillion baht, including 240 billion baht that are nonperforming. Another 440 billion baht are rated scarcely higher and may turn bad by the end of the year if the economy doesn’t improve, according to the federation.

But more state help may be soon coming for small companies looking to upgrade their businesses. The government plans to cover 50% to 80% of the cost of boosting productivity, business management, marketing channels and overseas market development among others starting from Oct. 1, according to an official statement Monday. – Bloomberg