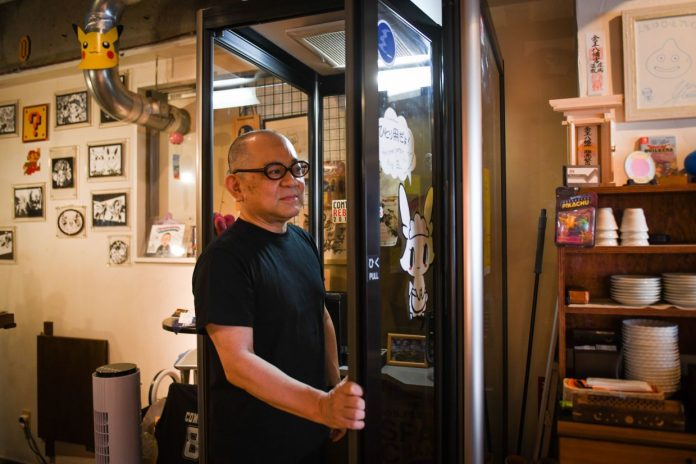 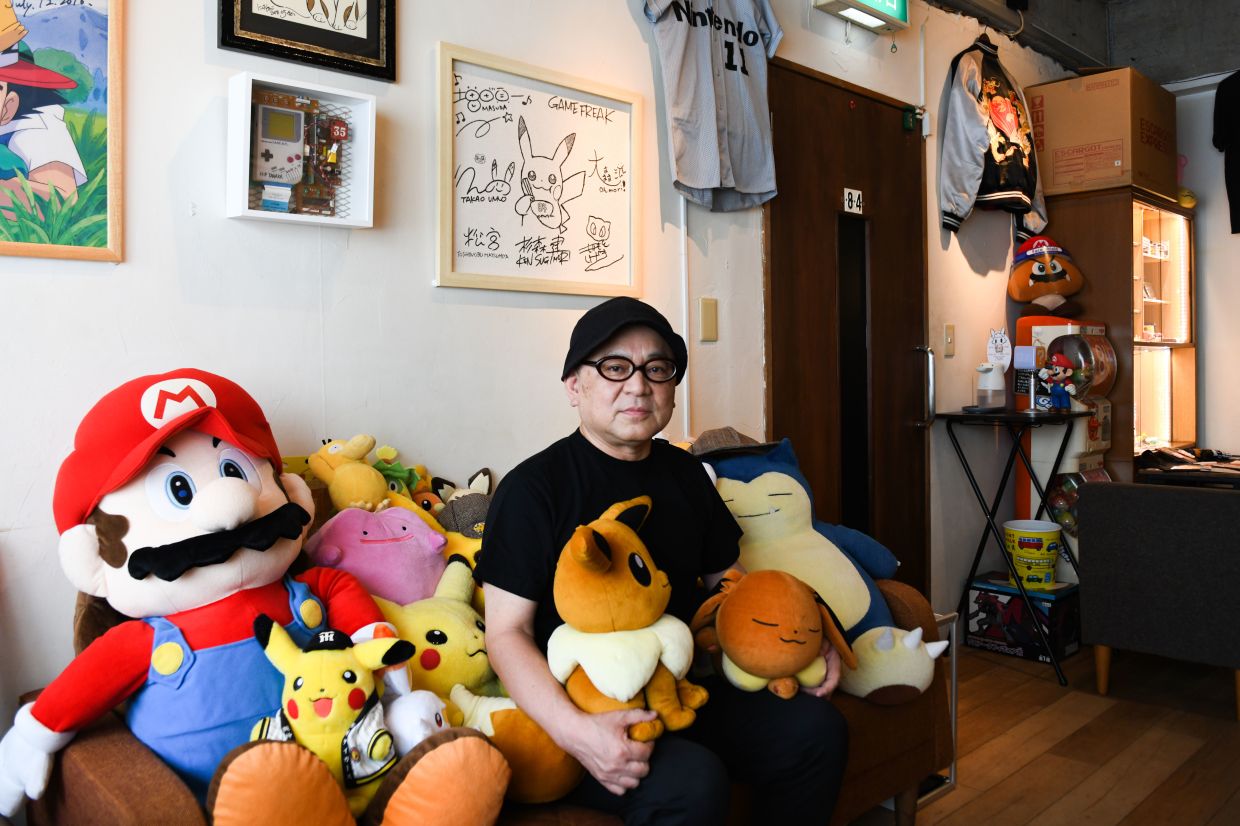 For years, a former Nintendo Co employee ran a members-only diner at a secret location in Tokyo, frequented by movers and shakers in the video game industry. After closing its doors just before the pandemic last year, it has quietly reopened as a café and this time anyone can make a reservation. It’s a one-of-a-kind industry institution filled with classic game memorabilia that insists on keeping its location a mystery.

Tucked away at the back of a nondescript building in the hip Shibuya district, the establishment named 84 is the brainchild of Toru Hashimoto, who initially conceived it as a sanctuary for game developers to nerd out and relax. Entering the venue triggers a Legend Of Zelda achievement jingle. On the walls are impromptu doodles by the creators of legendary franchises like Pokémon, Dragon Quest and Mega Man. And scattered around the place are precious artifacts from Hashimoto’s time in Nintendo.

The name 84 – pronounced ha-shi in Japanese – is a combination of the creator’s last name, the year he joined the Kyoto-based games maker and the final stage in Super Mario Bros.

The 59-year-old joined Nintendo a year after it launched the Nintendo Entertainment System domestically. Never expecting video games to become the cultural phenomenon they have grown into, the company wasn’t very careful about preserving its history, industry consultant Hisakazu Hirabayashi said. But Hashimoto, feeling sentimental about the products his colleagues created, made a habit of saving small items destined for the incinerator and bringing them home. He left Nintendo in 1995.

“I moved a fraction of them for display at the diner, hoping my friends would feel nostalgia by seeing them,” Hashimoto said in an interview at his café. “That made my wife happy at least, as our house is more organised now.”

Many of the items on display at 84 are unique and unlikely to be found anywhere else in the world, potentially not even at the official museum that Nintendo is building in Kyoto, said Hirabayashi, a longtime friend of Hashimoto and a regular patron. That includes an unused game cartridge sticker for Super Mario Bros from 1985.

Nintendo, whose share price is near all-time highs, announced a new OLED model of its four-year-old Switch console on Tuesday, set for release in October.

The modest diner opened in 2015. Having no experience in the food industry, Hashimoto decided to open a spot just for friends “because they would be forgiving even if I make mistakes”, he said. To patronise his venue, guests had to first a solve a puzzle to figure out 84’s exact location or find someone who already knew the address. The process of finding the gaming oasis was itself a game.

Serving draft beer and home-style cooking from onigiri and sauteed burdock to the occasional half-bowl of Kyoto ramen, 84 became a home away from home for creators. They used it to play board games, develop product proposals or share common concerns with employees at rival companies. Shigeki Morimoto, one of people responsible for the Pokémon franchise, is among the regulars.

“I’ve known Hashimoto a long time, since he helped us make the first Pokémon game,” Morimoto said. “84 is my favourite destination – by myself to lay back and unwind or with my son to play Pokémon card games. The place makes you really feel at home.”

Morimoto left an autograph on the wall with his Pokémon colleagues, next to framed hand drawings by industry icons. That includes the mustachioed Mario drawn by the character’s creator Shigeru Miyamoto, Link by Zelda series producer Eiji Aonuma and Slime, the famous teardrop-shaped character from Dragon Quest, by the franchise’s creator Yuji Horii.

Word of the diner’s existence started to emerge as its celebrity guests mentioned it in magazine interviews and TV talk shows. Yet despite the fame, Hashimoto shuttered it in January last year after losing his chef and struggling to find another. Pondering options such as returning to Kyoto to open a bar, he decided instead to revive 84 as a more basic café that anyone can visit.

​Without the secrecy and food it once offered, the refreshed 84 may not attract quite the same clientele. But Morimoto and Hirabayashi are eager to return, and the latter would even like to start doing spoken word shows at the café to teach young people video game history.

“It all comes down to the experience only available here,” Hirabayashi said. “You can use the same chair that your favourite creator used and drink the same drink that the person you admire did.”

84 isn’t profitable and its proprietor is reluctant to raise prices so as to keep the place accessible to as many people as possible. He’s contemplated starting an online subscription allowing fans to support his café or moving to a location with more affordable rent.

For now, 84 remains in its usual address, which Hashimoto reveals only to those making a reservation.

“I will tell you the address upon confirmation, though I ask you to keep it to yourself so that others can have the fun of finding the location,” Hashimoto said. “But moving to a new location is an option, and when I do, I may do so without telling anyone – so that people can play a fresh game of finding 84.” – Bloomberg