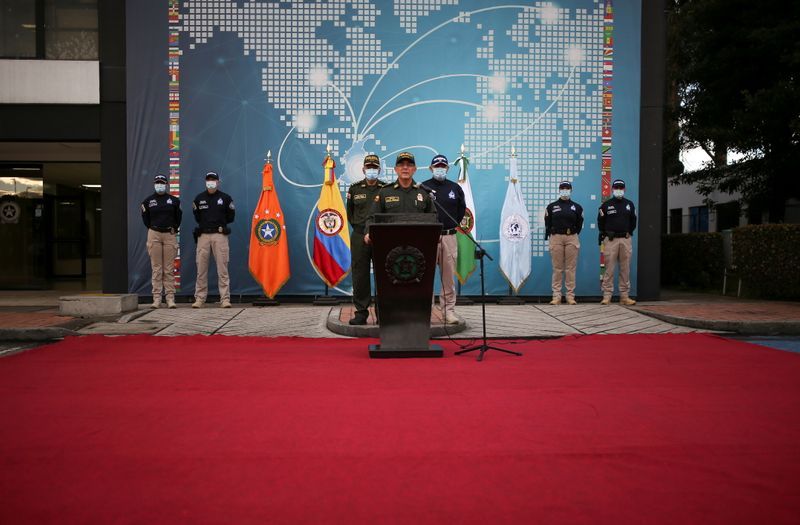 PORT-AU-PRINCE (Reuters) – The head of palace security for assassinated Haitian President Jovenel Moise has been arrested and is in police custody, the New York Times reported on Thursday.

A spokeswoman for the national police confirmed that the security chief of the presidential palace, Dimitri Herard, had been detained, the newspaper said. Prosecutors are seeking to know why the attackers did not meet more resistance at the president’s home, it said.

Moise was shot dead at his home on July 7 by what Haitian authorities have called an assassination unit, including 26 Colombians and two Haitian Americans.

Colombian police said on Thursday they were searching for three additional Colombians who had also been in Haiti and neighboring Dominican Republic.

Colombia has stressed that Haitian authorities are leading the investigation.

“I want to reiterate here that the judicial investigation, the hypothesis, the explanation, isn’t with the Colombian authorities,” said National Police Director General Jorge Luis Vargas.

Vargas said he had no information about reports on the Colombian Caracol television station on Wednesday implicating Haiti’s Acting Prime Minister Claude Joseph in the assassination. Joseph has not commented on the reports.

(Reporting by David Alire Garcia in Port-au-Prince and Oliver Griffin in Bogota; Writing by Laura Gottesdiener; Editing by Frances Kerry)