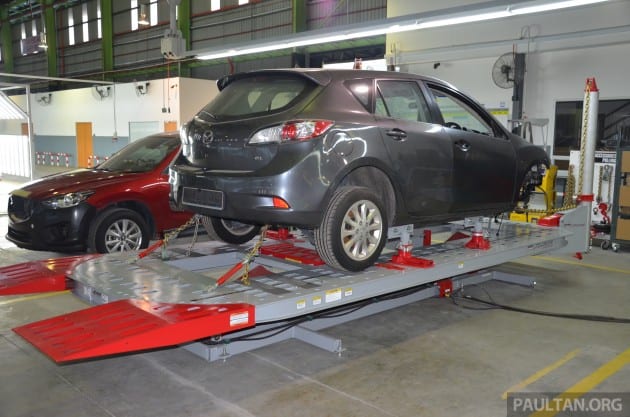 From tomorrow, July 3, certain districts in Selangor and select localities in Kuala Lumpur will go under an enhanced movement control order (EMCO) for 14 days until July 16. The EMCO will see all routes of travel into and out of these zones being closed and monitored by police.

UPDATE: The government released an updated list of SOPs later in the day (7pm on the official MKN Telegram channel) that saw changes to the essential services section of the document, with the list of services notably scaled down. The latest revision no longer lists the “vehicle repairs as well as relevant spare parts” bit, which means these services are no longer permissible in EMCO areas. This post has been edited to reflect this.

As such, no car workshops (and service centres), spare parts businesses as well as tyre shops will be allowed to operate in EMCO areas until July 16, or likely longer. Which means that should your car break down or need critical repair during this period, it can only be addressed after the EMCO is lifted, so take note.

In announcing the move, the government also stated that during this period, everyone within these EMCO areas is not permitted to be out of their homes, with the exception of one person being allowed out to buy essential items within a 10 km radius from his/her household.

During during the full movement control order (FMCO), which was implemented on a nationwide basis, car workshops and spare parts businesses as well as tyre shops were still allowed to operate during the period, as defined by the term bengkel kenderaan, penyelenggaraan dan alat ganti.

The latest SOP set for the EMCO in Selangor and KL, however, no longer lists anything that suggests this to be the case. However, it was briefly mentioned earlier (refer to the update above) that pembaikan kenderaan serta alat ganti berkaitan (vehicle repairs as well as relevant spare parts) would be deemed an essential service permissible during the period in EMCO areas, although this has since been removed. This means that service centres and workshops will not be allowed to open (in EMCO areas), even to carry out urgent and critically needed vehicle repairs or any scheduled servicing and general maintenance, for that matter. Of course, the SOPs also state you’re not allowed out of the house (except to buy food, groceries or essentials), so you really can’t be sending your car in for service, can you?

If this is the case (updates to SOPs do happen from time to time), expect car companies to announce an extension to routine service intervals and a grace period for warranties beyond the duration. Meanwhile, workshops and the like that are not in EMCO areas will continue to operate, with tight SOPs.

Meanwhile, car showrooms across the country continue to remain closed (although online bookings continue), as are vehicle production plants as part of the restrictions imposed during the FMCO and now, into phase one of the national recovery plan (PPN). Auto manufacturing – as well as car wash centres – will be permitted to resume activity in phase two of the PPN.

Football: Soccer-Portugal must target Hungary win while being wary of full crowd