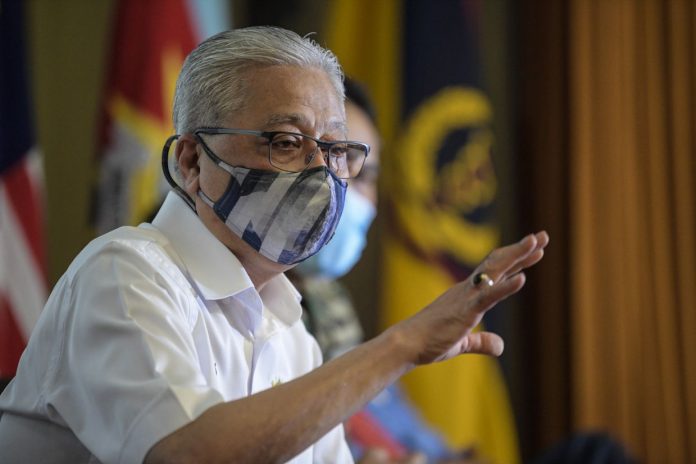 KUALA LUMPUR: Areas in Perak, Pahang, Melaka and Sabah have been placed under enhanced movement control order from July 3 to July 16.

Mukim Kualan Kuantan 1 in Kuantang Pahang and Taman Mewah, Kelemak in Alor Gajah, Melaka, will also be placed under EMCO.

Senior Minister (Security) Datuk Seri Ismail Sabri Yaakob said there is a stark rise in cases in the areas involved.

“Thus, the localities will be placed under EMCO from July 3 until July 16.

“It will enable screenings and prevent the spread of the virus,” he said in a statement on Thursday (July 1).

“The Health Ministry discovered there is still a spread of the virus in the localities.

“Thus, the EMCO will be extended until July 16,” he added.

He also announced that the EMCO at Taman Sri Purnama, in Mukim Padang Pak Amat, Pasir Puteh, Kelantan, will end ahead of schedule at 11.59pm on July 2.

“Initially, the EMCO at the locality was supposed to end on July 3.

“However, 264 screenings have been conducted and 27 positive cases were recorded. There has also been a decline in positive cases and the cluster there is under control,” he said.

15 slapped with compounds in market for violating SOP