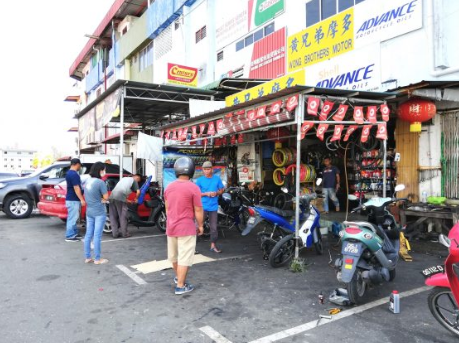 MUKAH:  Owners of hardware shop and vehicle workshop as well as the public here at large gave thumbs-up to the government for allowing those shops to resume business twice weekly beginning yesterday during the ongoing movement control order (MCO).

A check by New Sarawak Tribune found that business at those hardware shops and vehicles workshops was good.

They received a good flow of customers as soon as they commenced business, and it was actually a win-win-situation for both parties.

Tyre and battery workshop owner known only as Kong in his fifties was happy to have resumed business after quite a long wait following the MCO which began on March 18-31 and extended to April 1-14.

This is in addition to the business that are allowed to operate twice weekly from 7am to 7pm such as hardware shops, shops selling agriculture inputs (such as fertiliser, poison and animal feeds) and shops selling spare parts for agriculture and industrial machinery.

A customer Julaihi Kerait in his seventies was also happy to have been able to buy the item he wanted from the hardware shop.

“I have been waiting for quite long to buy this wire netting because the shop was closed due to MCO,” he said.