WHEN investors buy into the shares of listed entities, it typically only makes news after the fact. And that too, only if the investor is a big and familiar name.

If Warren Buffett’s Berkshire Hathaway emerged as a substantial shareholder in one of Malaysia’s large listed companies, that would make news, after the fact was revealed in stock exchange filings.

This is why the filing by little known Vivocom Intl Holdings Bhd this week is puzzling.

It is odd to make a filing about a fund planning to buy into the company’s shares. Vivocom says it has signed a heads of agreement with Strattner Alternative Credit Fund LP for the latter to invest up to US$350mil (about RM1.4bil) in Vivocom shares. It is odd because this is a shareholder matter and not an operational issue, although Vivocom’s argument may be that the investment could raise funds for the company to embark on mergers and acquisitions. 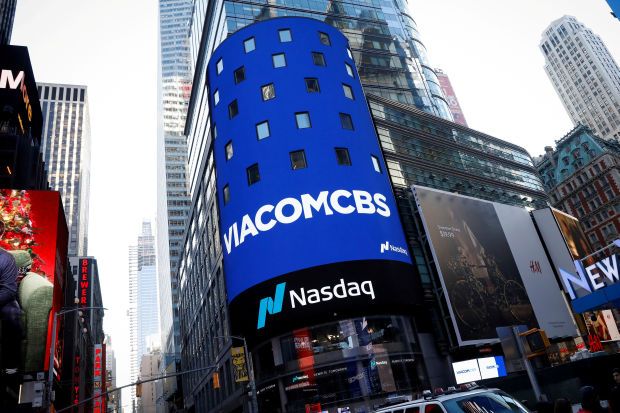 FILE PHOTO: The ViacomCBS logo is displayed on the Nasdaq MarketSite to celebrate the company’s merger, in New York, U.S., December 5, 2019. REUTERS

It is even more odd that the amount that the Strattner fund is looking to invest into Vivocom is more than three times the market capitalisation of the latter.

That said, it should be noted that this agreement can be cancelled by any party with 15 days notice.

Shouldn’t Vivocom have waited until there was more certainty about the Strattner fund buying into it? What is the hurry? The filing says that the Strattner group is a listed company.

Checks reveal that it is listed in the United States over-the-counter or OTC market and that its major shareholders have Hong Kong domicile addresses.

There is also not much information about the fund’s investment track record.

Vivocom has had a chequered past since the company was listed in 2005. Its share price has also gone on a roller coaster ride. The stock has seen a number of new parties emerging as shareholders trying to take the company in a new direction. Its plans have largely not panned out.

The engineering firm sought approval for a private placement in order to raise cash for short term relief of its finances.

KNM was seeking to issue a whopping 987.52 million new shares, equivalent to 30% of its issued share capital to selected investors. Perhaps the dilution was too much for its shareholders to stomach.

Considering also that there has been a significant increase in KNM’s share base over the last seven months.

This came about due to two recent private placement exercises, coupled with some employees taking up their share option schemes. The fresh capital was used as working capital and to pay off some of their debt, which stands at RM1.33bil at present.

While the proposed new 30% placement looks necessary to help the company with its debt and working capital during this pandemic, it does seem as if the dilution issue was too much for shareholders, considering also that the company’s sharebase stands at 3.32 billion now.

KNM used to be a darling of the stock market, especially as it focused on the oil and gas sector during the latter’s boom days. But rapid global expansion, the oil price crash in 2014 and delayed projects, especially its Peterborough waste-to-energy project has left the company struggling.

This week also saw the resignation of four board members just a day before its annual general meeting. This included KNM’s single largest shareholder and executive vice-chairman Gan Siew Liat.

Gan together with KNM’s founder Lee Swee Eng, (pic below) hold 12.91% of the company. Last year, Lee stepped down. It isn’t clear who is in the driving seat of KNM today and it could also end up being new owners coming in to replace the old. Whatever the case, those in charge will have to figure out ways in which to address the declining businesses of the group and its saddling debt issues. 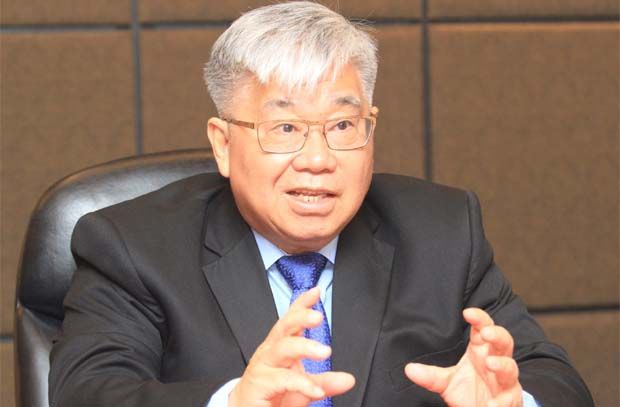 DIGITAL Nasional Bhd’s (DNB) announcement of the rollout of the RM11bil 5G network showed the intent of the government that it intends to rollout the high speed network as fast as possible.With the service scheduled to rollout by the end of the year starting in Kuala Lumpur, Putrajaya and Cyberjaya, news of the rollout of the 5G network meant people will start looking to upgrade their phones in due time.

But more importantly is the structure of the deal. With 100, 000 jobs projected to be created, that is certainly welcome news to a country that is struggling to contain the economic fallout from the pandemic.

A key paragraph of the statement was: “DNB has adopted an approach where the design and build of the National 5G Network will be undertaken by Ericsson at a total cost of RM11bil, including tower rental and fibre leasing, of which more than 60% is expected to benefit bumiputra and other Malaysian contractors over the next 10 years.

“Ericsson has undertaken to arrange financing for the supply, delivery, and management of the entire 5G network.

“DNB will securitise future cashflows from its wholesale business via sukuk programmes to finance all other network operating expenditure and to repay all the vendor financing arrangements, ” said the statement.

The structure of the deal also meant that the government will not be forking out any money for the rollout of the network.

It will be funded by the securitisation of future cashflows once DNB sells the service on a wholesale basis to the network providers.

The other important element is the use of existing towers.

That will mean the tower operators and fibre networks, which are currently dominated by the telecoms companies, will be a prime beneficiary of the rollout of the 5G programme.

There will still remain questions such as whether there will be a backup system that will be integrated into the network, but the start looks promising with a number of local companies and people who stand to win from the construction and implementation of the project.

Wushu coach to be charged with sexual harassment on May 26