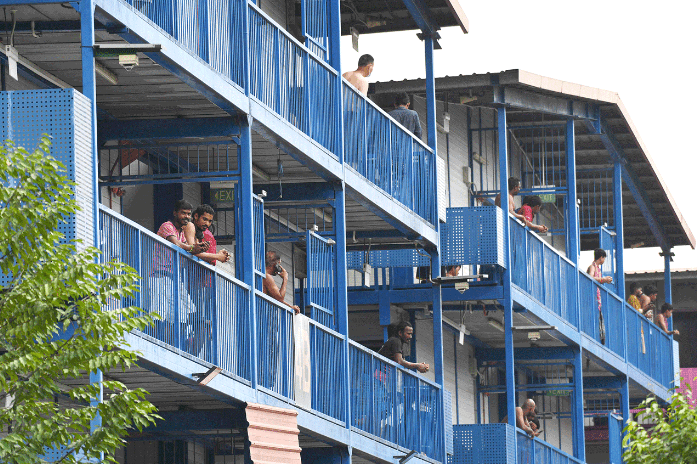 SINGAPORE: Singapore has put nearly 20,000 migrant workers under quarantine for two weeks after a growing number of coronavirus infections were detected in their dormitories, authorities said Sunday.

The city-state had largely kept the virus outbreak under control through a regime of testing and tracing contacts of those infected, but cases have increased sharply in recent days.

Authorities announced 120 new infections Sunday, its highest figure for a single day, with many linked to foreign workers’ sleeping quarters.

Two dormitories housing 19,800 workers have been placed under quarantine and their inhabitants will be provided with on-site medical support, food and essential supplies, officials said in a statement.

There are about 280,000 foreign construction workers in the city-state from countries including Bangladesh and China, with many housed in shared rooms in large dormitory complexes.

“Efforts are also underway in the larger dormitories to reduce the density of their resident workers, by transferring some among them to alternative accommodation during this period,” said a joint statement from two government ministries.

The individuals will continue to be paid by their employers while they are quarantined, officials added.

Singapore has so far reported 1,309 virus cases including six deaths.

From next week, all schools and most workplaces in the affluent city-state will be closed in an effort to stem the spread of the virus. — AFP