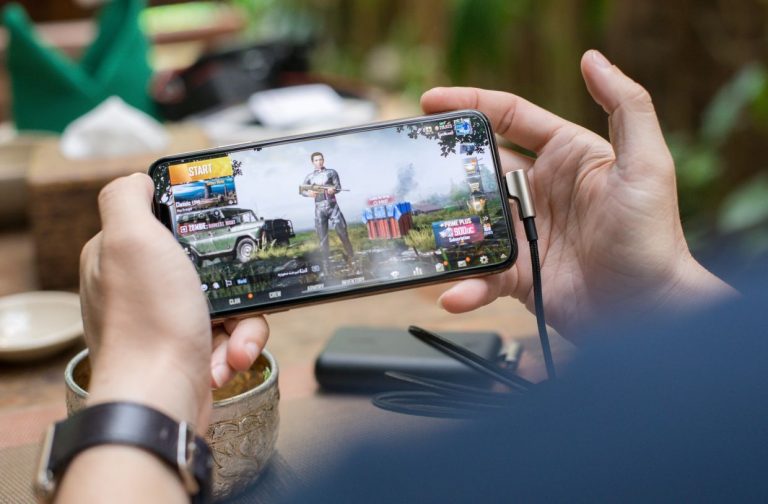 Singapore may not compete for gold in many Olympic events, but the tiny city-state is emerging as a force in a different kind of sport: mobile and video games.

In May Singapore hosted the Free Fire World Series, which garnered a peak viewership of 5.4 million – the highest-ever for any eSports match outside of Chinese platforms, according to Esports Charts. In July the nation opened its first eSports experiential center, equipped with world-class live-streaming and pro-eSports facilities.

Come year-end, when Singapore aims to have loosened border restrictions, it’s set to host the first Asian edition of Gamescom – the world’s largest videogame industry event – and the inaugural Global Esports Games. The island aims to capitalise on the billion-dollar eSports sector, banking on its infrastructure investments, status as a global business hub and gaming ecosystem to become South-East Asia’s leading destination for the fast-growing sport.

“Our world-class events and digital infrastructure have also made Singapore an attractive location for the industry to hold gaming and esports events here,” the Singapore Tourism Board and Enterprise Singapore said in a statement to Bloomberg. “The government will continue to support companies as they push boundaries through experimenting with new and immersive content formats and business models, as well as level up the quality of our local talent to become leading creators of world class content.”

Esports, or multiplayer mobile and video games played competitively by professional gamers, has morphed from a niche market into a mainstream phenomenon, turbo-charged by rising mobile penetration and digital entertainment demand during the pandemic. South-East Asia is expected to lead the world in eSports revenue with compound annual growth of 20.8% through 2024, nearly double the global rate, according to a report from Tencent Holdings Ltd and Newzoo BV.

That’s attracting investments and growing numbers of eSports and gaming startups with regional ambitions to Singapore.

“From the game developers’ perspective, South-East Asia is the next frontier. The region is at the vanguard of mobile eSports,” said Carlos Alimurung, chief executive officer of events organiser and broadcaster ONE Esports. Singapore is taking the regional lead due to its infrastructure, B2B enterprise landscape and talent pool, he said.

Singapore’s games and eSports market was estimated to have grown 15% between 2019 and 2020, with around 220 companies currently, according to the statement from the government agencies. That includes major local players like Sea Ltd’s Garena Online Pvt and startups like yup.gg and Storms.

Apart from tournament organisers, broadcast production and new tech platforms, “we can expect to see greater investment focus on eSports intellectual property owners and platforms to encourage them to base their official eSports leagues in Singapore,” said Elicia Lee, vice-chairwoman of the Singapore Games Association, the local trade association for gaming and eSports.

As concerns grow over a possible crackdown on China’s online gaming industry, South-East Asia is emerging as an alternative destination for investments, in particular for mobile eSports. Some 87% of the region’s gamers play on mobile phones, compared to about 60% in North America and Europe, according to One Esports’ in-house analytics team.

As gaming companies seek to capture South-East Asia’s rising demand, a slew of regional and global mobile eSports tournaments have filled Singapore’s calendar, including the two world championships this year.

Amid lockdowns, offline tournaments have been supported by the tourism board, which allowed international teams to fly in while ensuring the safety of each competition. For May’s Free Fire World Series, 18 teams from 11 regions came to Singapore to compete for a S$2mil (RM6.24mil) prize pool.

That tournament gave “a sense of the global appetite for esports content that we can produce here”, said Jason Ng, vice president of strategic partnerships at Garena. “We’re increasingly seeing levels of engagement rivaling those of traditional sports.”

Revenue streams for eSports are largely the same as for traditional sports – sponsorships, advertising, merchandise, ticket sales and media rights – but the pandemic has spurred an influx of brands that want to connect with digital-savvy youth. This mobile-first demographic in South-East Asia will drive consumption trends, One Esports’ Alimurung said.

Singapore Telecommunications Ltd, South-East Asia’s biggest telecom operator, is also getting into eSports to engage millennials. After starting its own competitive league in 2018, Singtel expanded its tournaments to a regional scale this year while ramping up investments in mobile-gaming platforms like Storms.

“Esports and gaming continue to be an important part of Singtel’s business strategy as we grow our digital-services offerings to capture new growth areas in the 5G era,” said Gan Siok Hoon, Singtel’s managing director of consumer sales and mobile marketing.

The company intends to build another integrated eSports venue in Singapore as part of its Asia Venue Fund, with facilities including a multipurpose eSports arena, eSports business hotel, themed retail, a training academy and flexible co-working spaces.

“In my 15 years here, eSports has been through its boom and bust cycles,” said Nicholas Khoo, co-founder of the Singapore Cybersports and Online Gaming Association. “Right now this region is about to see rapid acceleration and innovation.”

In fact, Olympics aside, Singapore may just get its shot at sporting glory: The next South-East Asian Games, slated to be held sometime next year, will recognise eSports as a medal event sanctioned by the International Olympic Committee – ahead of the rest of the world. – Bloomberg