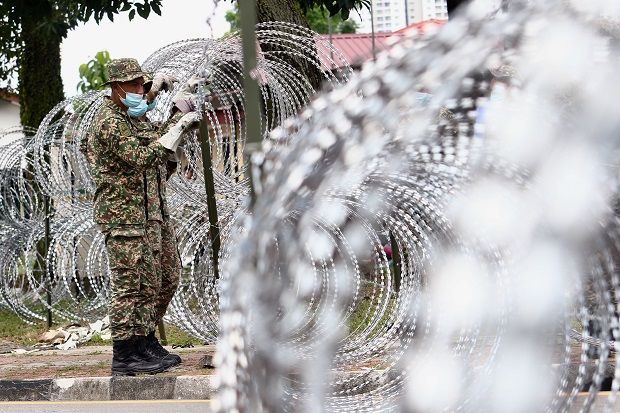 Senior Minister Datuk Seri Hishammuddin Hussein said in a statement on Friday (Aug 6) that several other areas in Perak, Pahang and Sabah will also be under enhanced MCO from Aug 8 until Aug 21.

The EMCOs at Kuarters Pekerja Ladang Pelitanah 1 & 2 in Sarawak, and at Bandar Sinsuran in Sabah have been extended to Aug 14 and 21 respectively.

A total of 67 premises were ordered to shut down, following spot checks nationwide.

Under Ops Benteng, 15 illegal immigrants have been arrested, with four vehicles seized.

Seven to be charged with murdering man in Perak

A disaster (of a) movie