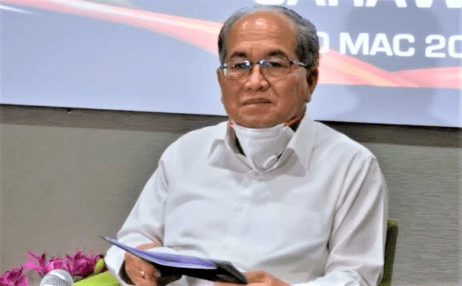 Of these cases, four are being treated at Sarawak General Hospital (SGH) Kuching and two at Bintulu Hospital.

He reported that four positive patients had recovered and were discharged from the hospital, thus bringing the total of recovered cases to 68.

Uggah, who is also the State Disaster Management Committee (SDMC) chairman, said the four recovered cases were from SGH.

On Sarawakians returning from overseas and other states, he added, “Seven more persons under surveillance (PUS) have been transported to the designated hotels for quarantine.

“Of these, five are placed at Wasan Inn in Bintulu and two at Purnama Hotel, Limbang.

“To date, there are 1,493 PUS quarantined in 16 hotels statewide. Of the 1,493, 186 have completed the quarantine period and were allowed to return home,” he added.

He thanked all Sarawakians for their cooperation during the MCO.

“We understand you have to sacrifice your work, comfort and convenience but you also understand that a little bit of sacrifice is necessary to ensure we will be able to win this war against Covid-19,” he said.

Uggah advised Sarawakians to continue complying with the MCO for their own safety as well as the safety of their family members and the community.

“We need to cooperate with the authorities. Don’t wait until the police take actions,” he said.