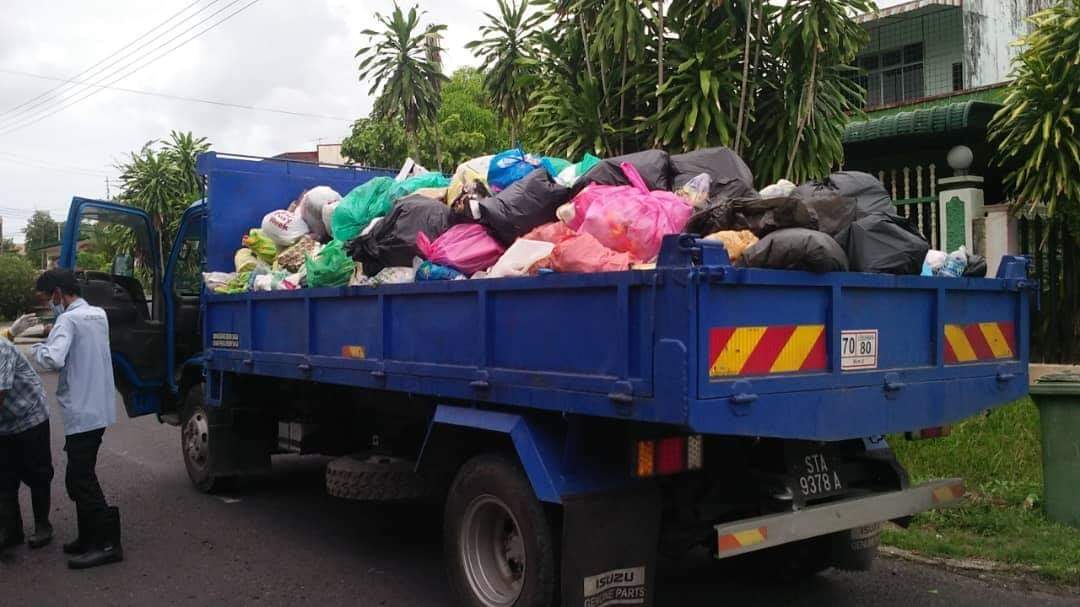 SANDAKAN: The Sandakan Municipal Council (SMC) has temporarily taken over rubbish collection in Sandakan residential areas and public places, after the former contractor rejected its offer to continue its contract that ended on May 1, 2020.

SMC president Wong Foo Tin said the development was shocking to SMC because it did not have the suitable resources such as sufficient garbage trucks to perform the task.

He said SMC did not have garbage trucks because it (the rubbish collection job) had been privatized since ten years ago. To perform this sudden task, starting May 3, SMC had to use several of its three-tonne trucks to collect rubbish in town area – not really the perfect vehicles for rubbish collection.

“In a short time on May 3, SMC had managed to gather 26 excavators and sent 100 SMC personnel to perform the job.

“Today (May 4) all the trucks that are rented by SMC as well as our own trucks have started collecting rubbish in the district, and we expect to cover all places in two to three days for all the 345 locations as well as 30 RORO (roll-on/roll off bins) in all commercial centres in the district.

“This development is shocking to SMC, like someone healthy finding out that he has last stage cancer that requires hundreds of thousands (ringgit) to recover,” he said.

Wong said that as soon as SMC received a rejection letter from the former contractor, it had held a meeting to plan on how to take over the job temporarily in a short time, especially during the Movement Control Order (MCO) period.