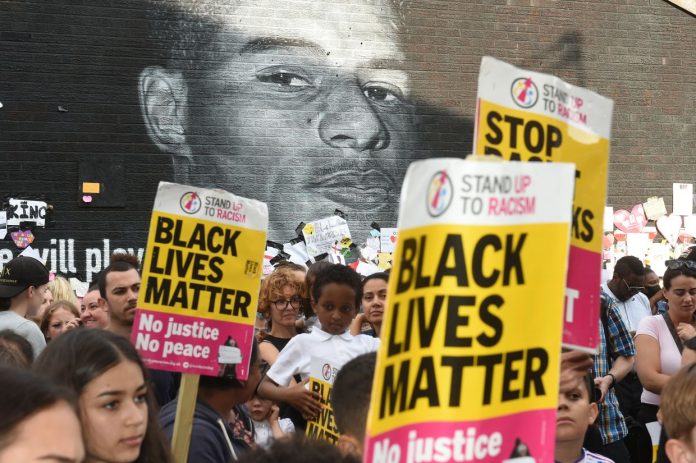 According to The Times of London, the government wants to “make examples” of the racists and believes tech giants such as Twitter and Instagram need to provide perpetrators’ details to police in a more “timely fashion”.

“We want real-life consequences for the people who are tweeting this abuse,” a government source reportedly told the newspaper. “We need to find out who these people are and make examples of them. This is not beyond [the platforms’] capabilities.”

Players of colour, in particular Marcus Rashford, Jadon Sancho and Bukayo Saka, have been subjected to increased racist abuse on their social media pages after England lost the Euro 2020 final on Sunday.

Public figures including the Prime Minister Boris Johnson and Prince William were quick to condemn the abuse. “I am sickened by the racist abuse aimed at England players after last night’s match,” William posted on Twitter. “It is totally unacceptable that players have to endure this abhorrent behaviour. It must stop now and all those involved should be held accountable.”

According to reports, Johnson is scheduled to meet social media giants including Facebook, Instagram, TikTok, Twitter and Snapchat this afternoon at Downing Street, where he plans to raise with them the issue of identifying users who send racist abuse.

However, the Football Association’s chief executive Mark Bullingham told the BBC that social media regulation could not “come soon enough”.

“We’re incredibly frustrated at the lack of action from the social media companies,” he said. “Honestly, we’re fed up of having the same conversation. These companies have to be accountable, and this has gone on too long.” – Variety/Reuters

The Papers: 'Duke pays up' in deal to settle sex assault case