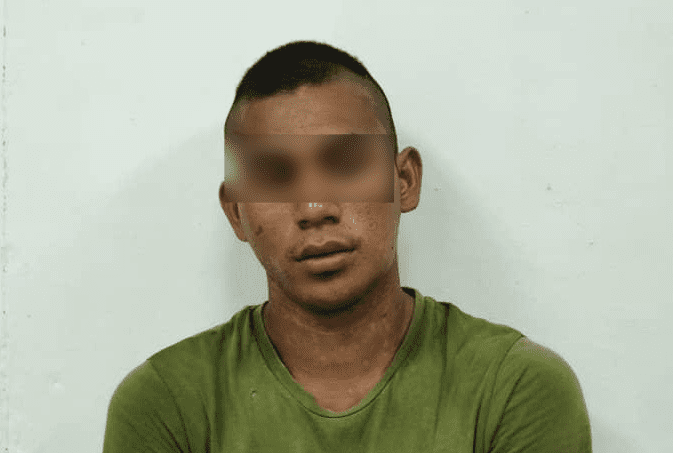 LAHAD DATU: A 22-year-old local man was detained by police here on Tuesday for hitting his mother following a misunderstanding over a meal.

District Police Chief, ACP Nasri Mansor yesterday said the man was detained at their house in Kampung Tanjung Paras after her mother contacted the police for help at about 11.30pm.

Nasri said investigation revealed that the man flew into a rage after his 44-year-old mother reprimanded him over dinner.

The suspect later threw the anchovies, lime and chillies on the floor.

“After the dinner was served, the suspect took the food and ate in the living room.

“Then his mother went over to talk to him but he flew into a rage and threw the food.

The suspect later stood up and shouted at his mother before hitting her on her back, he said, adding the victim’s other children immediately went to restrain the suspect.

Nasri said the suspect who woke up from sleep about 11pm flew into a rage again while cooking.

He added that the mother believed her son was high on drugs and contacted the police.

Nasri said the suspect, who was later arrested by marine police, tested positive for drug abuse.