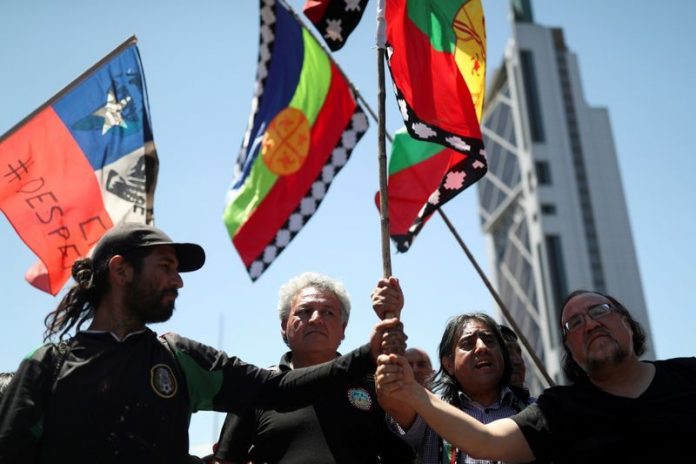 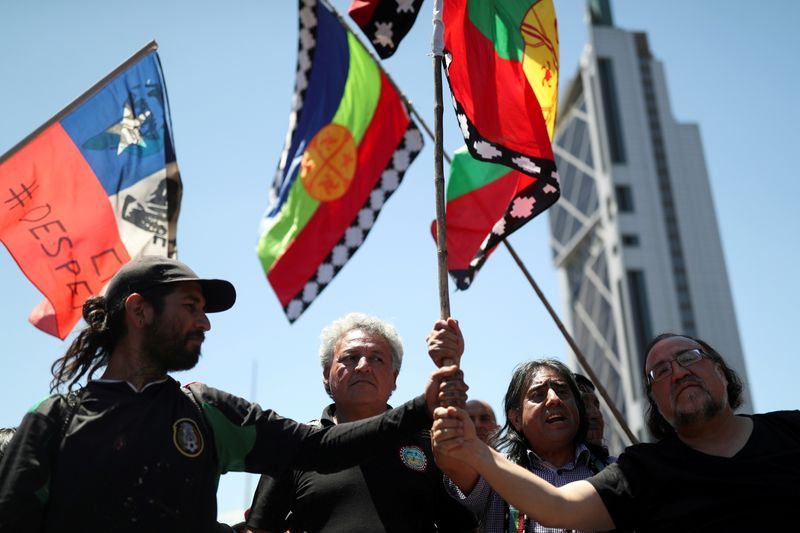 SANTIAGO (Reuters) – The son of a leader of Chile’s Mapuche people was shot dead by police on Friday in the restive Araucania province, local media reported, in a potential blow to attempts to improve relations between the state and indigenous people.

The shooting, reported to be during a confrontation between police and alleged intruders at a forestry company, is likely to inflame tensions in the region. Indigenous people have claimed for decades that their territory has been illegally requisitioned by agriculture and forestry companies acting with state complicity.

The victim was Ernesto Llaitul, 26, according to the media reports citing the Chilean prosecutor’s office. He was the son of Hector Llaitul, a Mapuche leader described as a spokesperson for the activist group Coordinadora Arauco – Malleco.

Ernesto Llaitul was also identified as the victim in a statement on Twitter by Mijael Carbone Queipul, the leader of another local group, the Mapuche Territorial Alliance.

The Chilean police declined to comment, while the public prosecutor did not respond to a Reuters request for comment.

Chile’s Human Rights Institute said the shooting would “further exacerbate the complex situation in the region,” calling for a “prompt, deep and transparent investigation.

Police said a group of hooded individuals arrived at the farm and fired on an employee, prompting an armed police operation, according to local news station Mega.

In 2018, Camilo Catrillanca, 24, the grandson of a local indigenous leader, was shot in the head during a police operation in a rural community near the town of Ercilla, triggering nationwide protests. Seven police officers were convicted in connection with that shooting.

Last week, 155 Chilean citizens drafting a new constitution for the country elected a Mapuche academic, Elisa Loncon, to lead them, a significant turnaround since indigenous people are not recognized in the constitution adopted during the Augusto Pinochet dictatorship.

Claudio Nash, a law professor at the University of Chile, said that if Llaitul’s death is confirmed, it would be a “serious blow to the dialogue between the Mapuche nation and the Chilean state that has been initiated through the constitutional process.”

Blinken says Biden to tell Putin U.S. will stand up against aggressive actions