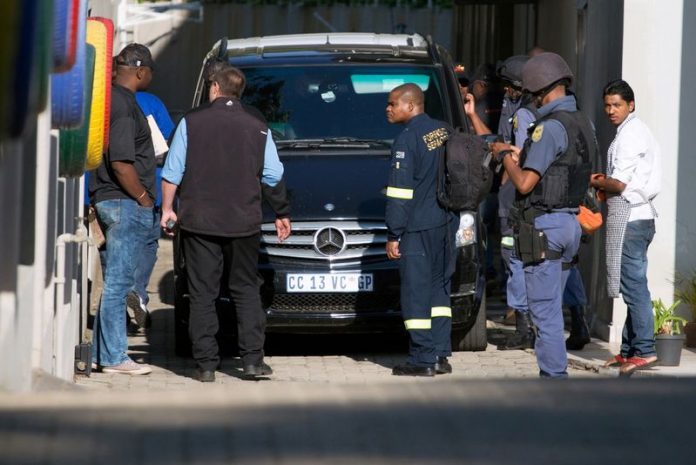 JOHANNESBURG (Reuters) – Interpol has issued “red notices” urging the arrest of the businessman brothers Atul and Rajesh Gupta – friends of former president Jacob Zuma – and some of their associates for alleged fraud, South African prosecutors said on Monday.

A red notice is a request to law enforcement officials worldwide to locate and provisionally arrest a person pending extradition, surrender or similar legal action.

Interpol did not immediately respond to a Reuters request for comment.

South Africa’s National Prosecuting Authority (NPA) said in a statement that the notices had also been issued for the two Guptas’ wives and several business associates.

A criminal case has been transferred to the Bloemfontein High Court for trial in September, the NPA added.

Reuters could not reach the Guptas or their representatives for comment but both Zuma and the Guptas issued blanket denials of wrongdoing during Zuma’s nine years in power until 2018.

Their relationship is one of the main areas of focus of a judicial inquiry into allegations of high-level corruption while Zuma was president.

Zuma has refused to cooperate with the inquiry despite a court order to appear and give evidence.

The Constitutional Court has sentenced him to 15 months’ imprisonment for defying that order, but Zuma has asked the court to cancel the sentence.

The Indian-born brothers left South Africa after Zuma was ousted as head of state, and are believed to be in Dubai.

The United Arab Emirates this year ratified an extradition treaty with South Africa, a move that President Cyril Ramaphosa’s government hopes will lead to the return of the Guptas to face charges.

“Efforts to bring the Guptas back have intensified,” the NPA said.