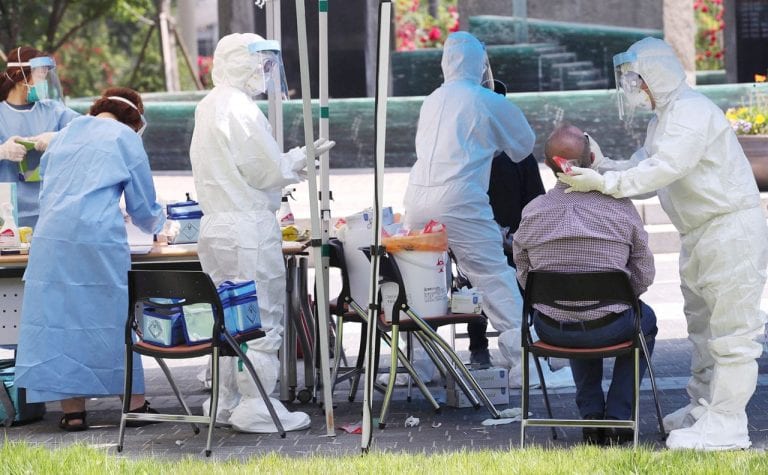 SEOUL: South Korea yesterday imposed limits on the number of pupils going to schools in and around Seoul as officials scramble to tackle fresh coronavirus cases that threaten the country’s success in containing the epidemic.

Only one in three pupils at kindergartens, elementary and middle schools in the Seoul metropolitan area — home to half the population — will be allowed to physically attend school each day, authorities said, with the others remote learning.

The South endured one of the worst early outbreaks of the disease outside mainland China, but appears to have brought it under control thanks to an extensive “trace, test and treat” programme while never imposing a compulsory lockdown.

Social distancing rules were relaxed and the country was returning largely to normal until this week, when it re-imposed some measures in the capital and the surrounding region following fresh clusters of cases.

Schools have been re-opening in phases in a process that is continuing nationwide.

The South on Thursday reported its biggest spike in new infections in nearly two months, but Friday’s increase fell to 58, taking its total to 11,402.

An outbreak at a warehouse of e-commerce firm Coupang in Bucheon, west of Seoul, has seen a total of 96 cases as of Friday, said the Central Disaster and Safety Countermeasure Headquarters.

“We have been advising Coupang employees and their family members” not to visit any schools, said vice education minister Park Baeg-beom.