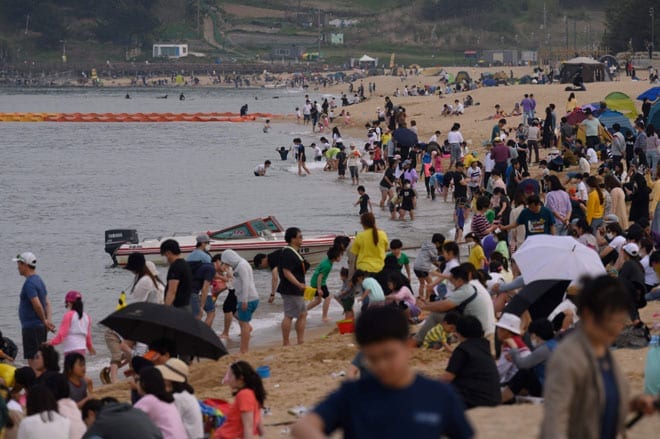 SEOUL: South Korea said yesterday it will loosen social distancing rules this week to allow gatherings and events to take place after the number of new coronavirus cases dropped significantly in recent days.

The country endured one of the worst early outbreaks of the disease outside China and strict social distancing has been widely observed since March.

Scores of events — from K-pop concerts to sports seasons — had been delayed or cancelled, while museums and galleries were closed and religious services suspended.

But the South appears to have brought its outbreak under control thanks to an extensive “trace, test and treat” programme that has drawn widespread praise.

Its reported death toll is around 250 — vastly lower than that of Italy, Britain, Spain and France, which have each recorded at least 24,000 fatalities.

“Gatherings and events will be permitted under the condition that they follow disinfection measures,” he added.

Some professional sports, including baseball and soccer, are due to start their new seasons this week after being postponed over virus fears, although the matches will be played behind closed doors.

The government is also set to announce this week the dates for students to return to school, which is expected to be some time around mid-May, according to Yon hap news agency.

Meanwhile, Thailand allowed businesses such as restaurants, hair salons and outdoor markets to reopen on Sunday so long as social distancing was maintained and temperature checks carried out.

Despite the reopenings, experts have cautioned that many countries are still not through the worst of their outbreaks yet.

In the latest sign that the pandemic remains a serious threat, the Philippines suspended all flights into and out of the country for a week starting Sunday in a bid to ease the pressure on its congested quarantine facilities.

And to boost morale in what many expect to be a long fight, the armed forces of India — where the world’s biggest lockdown is in force — organised tributes to the nation’s medical workers, including helicopters showering petals on hospitals. — AFP

Attracting capital with ESG | The Star

Protest and reflection: A year after the death of George Floyd