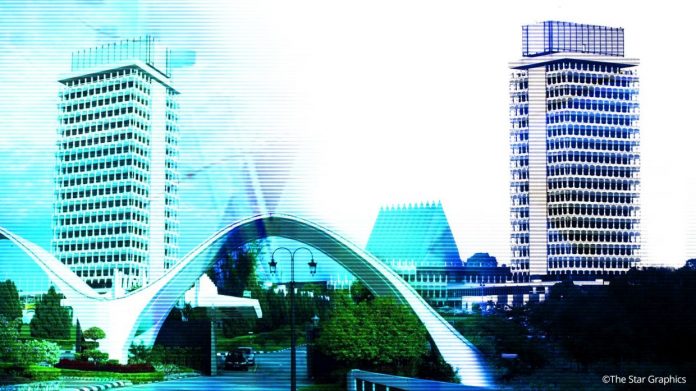 Azhar did not specify if there were any issues hampering the implementation of a hybrid sitting, but said there were matters that must be identified and addressed.

“Once we do that, we would have to find ways to solve those issues. Right now, we have identified those issues and are coming up with solutions.

“It is an alternative to a full physical meeting, which most under the circumstances, may not be recommended although most MPs were already vaccinated.”

“I must reiterate that it is up to the House Committee and the Standing Orders Committee, and finally, the MPs themselves to decide.

“We are just offering this alternative for them to consider. If they want it, it is good. If they don’t, it is their choice,” he said.

Meanwhile, sources have said that a physical sitting is likely to take place in the upcoming Dewan Rakyat session due to a slew of issues that could not be completely addressed before Parliament reconvenes on July 26.

The source said key challenges in organising a hybrid session include coming up with methods for the Speaker to regulate the conduct of MPs and the executive participating in the Parliament sittings remotely.

The source also noted that the time allotted for the daily sitting may be cut short due to the Covid-19 pandemic restrictions.

A source familiar with ongoing discussions said several lawmakers have requested the Special Committee looking into the methods to implement hybrid Parliament sittings, to hold a physical sitting instead of hybrid attendance when Parliament reconvenes on July 26.

The source said that the special committee was still scrutinising various proposals before finalising it and put it to a vote on a motion to amend the Standing Orders.

The Special Committee comprises the Dewan Rakyat Speaker, his two deputy Speakers, the Dewan Negara president and his deputy, and the Parliament chief administrator.

On Monday (July 5), Putrajaya announced the reconvening of Parliament for a five-day session beginning July 26.

According to the Prime Minister’s Office, the agenda of the sitting would be briefing MPs on the National Recovery Plan and to amend the Standing Orders to allow a hybrid sitting.

It also said that the secondary agenda is to ensure the Emergency Proclamation and its Ordinances are laid before the Dewan Rakyat and the Dewan Negara.

The announcement by Putrajaya came following calls by the King to reconvene Parliament before the Emergency Proclamation expires on Aug 1.