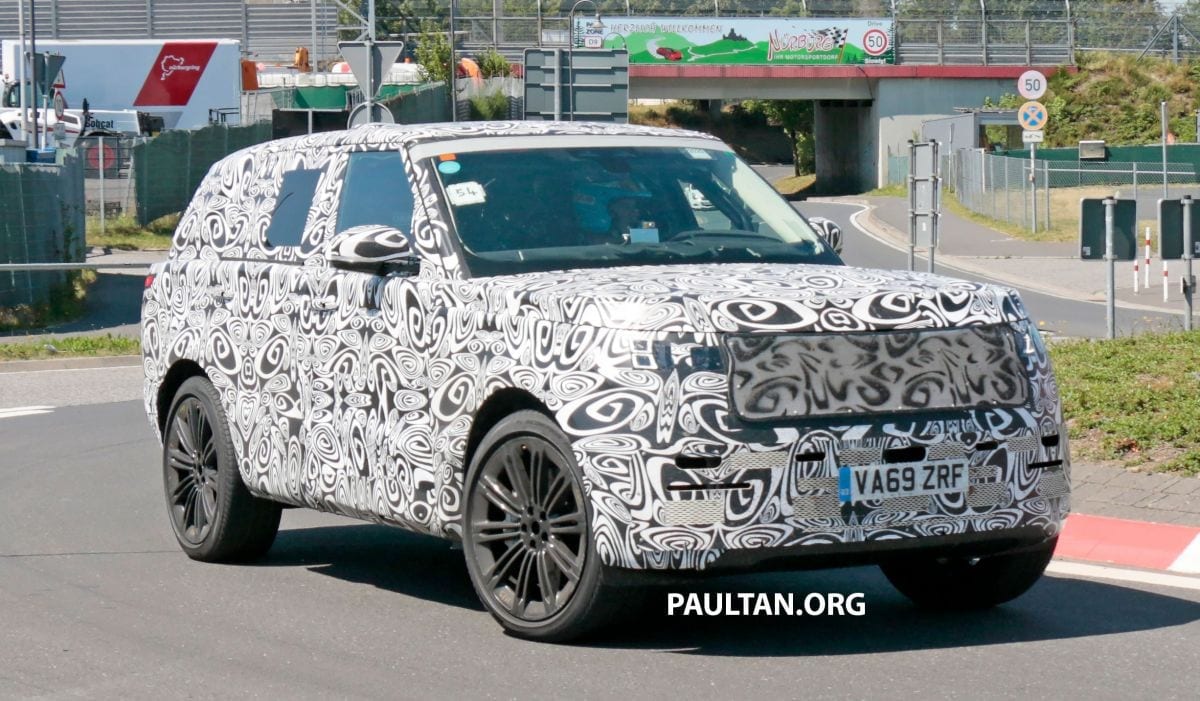 Following its previous sighting in cold-weather conditions, the forthcoming, fifth-generation Range Rover has now been spotted by our spy photographers to be running high-speed tests at the Nurburgring Nordschleife – even if mounting kerbs is as far off road as this particular unit will get.

Though the development unit seen here appears to wear a similar level of camouflage as that spotted during winter testing, we know the forthcoming Range Rover will be underpinned by the Jaguar Land Rover MLA platform that will also form the basis of the next Jaguar XJ.

The new architecture will bring petrol, diesel, hybrid as well as fully electric powertrains to the models that it will underpin, though the pure EV version of the Range Rover will join the line-up at some point after the model’s launch. Between this and the XJ, it is the Jaguar that will debut first. 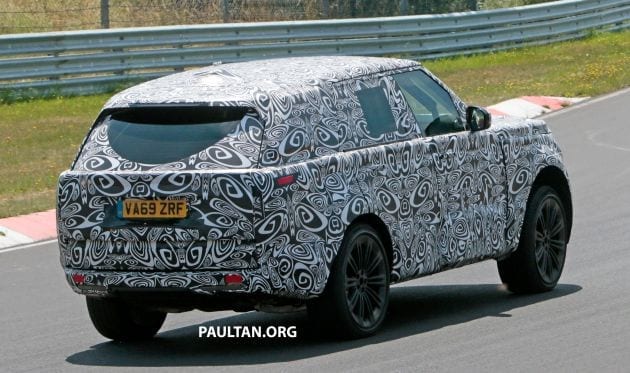 The latest powertrain to join the present-day, fourth-generation L405 Range Rover is the 3.0 litre mild-hybrid Ingenium diesel inline-six engine, which produces 350 PS and 700 Nm of torque in the most potent of its three states of tune. Given the recent introduction of this engine, this is likely to be part of the fifth-generation Range Rover’s line-up, and by extension, that of the Jaguar XJ as well.

The mild-hybrid inline-six engines in both diesel and petrol guises will also be joined by the customary V8 units, this time to be sourced from BMW as the current AJ-series supercharged 5.0 litre petrol V8 that has served in the Jaguar Land Rover portfolio is nearing the end of its service life. The aforementioned, just introduced Ingenium mild-hybrid inline-six diesels will reportedly replace the Ford-sourced 4.4 litre diesel V8.

From what we can see through the camouflage worn by the Range Rover development mule, its headlamps appear to feature vertically stacked DRLs in the outboard positions, as seen on the current Range Rover Sport. At the rear end, visual updates include elements that tie the flagship model’s styling in closer to the brand’s newer models such as the Velar and the Evoque, though the full-sized Range Rover will still use vertically stacked light units.

Given its flagship status and ever-increasing luxury, particularly with the advent of rivals such as the Bentley Bentayga, the Range Rover is increasingly popular as a chauffeur-driven machine and will therefore continue to be offered in standard- and long-wheelbase versions; it appears to be the former that is seen testing on track here. The fifth-generation Range Rover is expected to debut late next year, or early 2022.

Jimmy Carr: Pressure grows over comedy routine but what do the fans think?

In US, the biggest growth of the Black population is in smaller cities