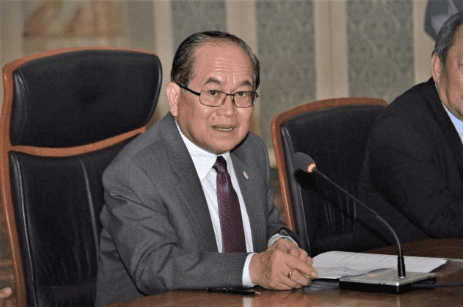 KUCHING: Despite focusing on fighting the Covid-19 pandemic, the State Disaster Management Committee (SDMC) has not forgotten its flood management role at the state, divisional, and district levels.

Its chairman Datuk Amar Douglas Uggah Embas said that the committee would find the best way to prepare the people and manage any situation should there be a need for evacuation during the monsoon season.

“The monsoon season is still quite far away. Last year we were quite lucky and Sarawak was spared from some serious flooding. We hope this year would also be like that,” he said at the Covid-19 daily update press conference at Wisma Bapa Malaysia here yesterday.

He said that SDMC was still handling other issues, such as shortage of water in Marudi last month.

“Recently, we also had a rabies epidemic. Our rabies team is still carrying out their anti-rabies duties,” he said.

On the movement control order (MCO), he said that public had been complying with it as was gauged by the police who were very familiar with have been going on.

“At the same time, the Sarawak Multimedia Authority (SMA) is also monitoring the volume of traffic so that the situation now can be compared to that before the MCO.

“We have noticed a drastic drop in the number of cars on the road too,” he said.

When asked if Brunei’s policy that all foreign visitors had to bear their own cost of Covid-19 tests would be applied to Sarawakians en route to Limbang and Lawas, he said that transiting would not be an issue.