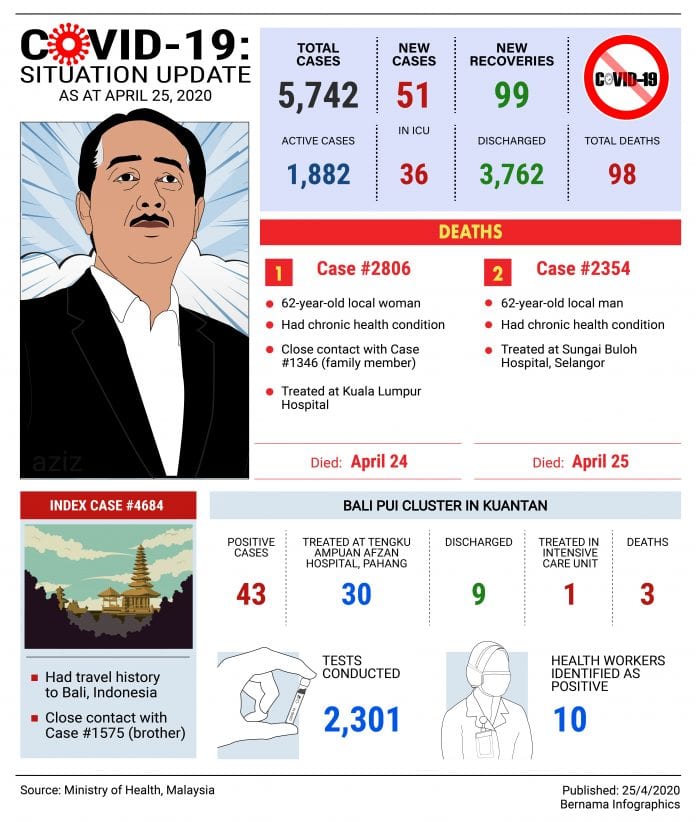 State Disaster Management Committee (SDMC) secretariat, in a statement yesterday said, of the ten new cases, six are from Kuching, three from Samarahan and one is from Miri.

The state also recorded two recoveries in Kuching, bringing the total number of recoveries from the virus to 150 cases (31.38 percent).

“Meanwhile, there were 135 cases of person under investigation (PUI). The number of PUI who are awaiting lab results is 550 cases,” the statement said.

As of yesterday, seven clusters were identified by the committee. Among them are Kuching Conference (163), Seri Petaling (103), Italy (61), small clusters (99), sporadic cases (29) and cases under investigation (23).

It also reported a level compliance of 97 percent to the movement control order (MCO), adding police detained 45 individuals on April 24 while 57 others have been charged in court.

Since March 18, when the MCO took effect, a total of 1,611 individuals have been detained and 1,059 have been charged.