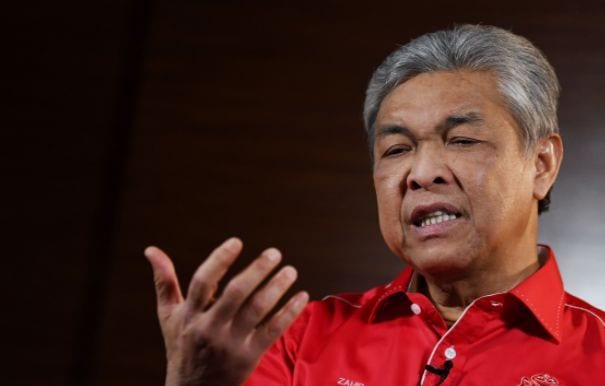 He told Sinar Harian that PKR has denied that its president Datuk Seri Anwar Ibrahim issued a statement claiming that the Umno president had joined its party.

On Saturday (July 10), a “statement” allegedly issued by Anwar announcing Ahmad Zahid joining PKR after “resigning” from his post had gone viral on social media.

Earlier Saturday, another “statement” saying that Ahmad Zahid would be resigning as Umno president made its rounds on social media.

The statement, purportedly by Umno secretary-general Datuk Ahmad Maslan, claimed that Ahmad Zahid had sent in his resignation letter to the Umno headquarters.

The statement also had Ahmad Zahid thanking and sending his regards to all supreme council members.

Ahmad Maslan said that the media statement was fake.

He added that he was in the village clearing the bushes instead.